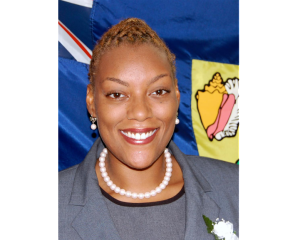 Providenciales, 21 Oct 2015 – The PNP Administration has proposed legislation to give sports increased autonomy by re-establishing a Sports Commission.
When the House of Assembly met last week, the Sport development Bill 2015 went through its second reading and Minister Akierra Missick shared that in 2012 the Commission was dismantled and her government believes that was a mistake if sports is going to gain ground.

“We now have a plethora of sporting opportunities in the Turks and Caicos that range from those very, very active sports that we know of like soccer/football, basketball, rugby to those lesser active sports but require greater skills, darts – we’re hoping that they reorganize and come back on stream. (There is) Cricket, one time was the national sport for the Turks and Caicos and it’s about supporting and re-launching those programs that are seeking to be launched and seeing how best we can assist them in getting the word out, helping them to promote their sport and also new sports.”

The Minister said there are around 19 sporting organizations in the Turks and Caicos including new disciplines like kite boarding.

It was explained that Government need not be directly involved in developing these areas; the Sports Development Bill seeks to create a firm separation between government and these groups.