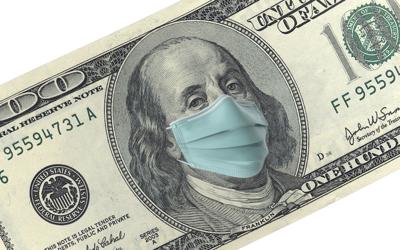 #TurksandCaicos, March 3, 2021 – Hundreds did not wait for today, they eagerly logged onto the Government’s stimulus website to apply for the Monday-announced $1,000 cash relief earmarked for Turks and Caicos Islanders and British Overseas Territories Citizens amidst the depriving Coronavirus pandemic.

“There is no cap on how many can get the stimulus cash once they qualify,” says EJ Saunders, new Minister of Health and TCI Deputy Premier.

In a one-on-one with Magnetic Media overnight, the Deputy Premier said while there is an $11 million amount allotted for this round of free money, it does not necessarily equate to exactly 1,100 people getting the funds,” he said, if necessary, “we will pay out more.”

The point is to get money into the hands of our people and get the economy re-booted, explained Hon Saunders.

That is good news given the level of interest for the money.  Even islanders from abroad who have struggled in the pandemic are trying to get some of the cash.

Saunders said there is no process to exclude islanders who live abroad but the fact that one has to collect the $1000 in person at the Treasury reduces the likelihood those TCIs living outside the country will flood the system.

Officially, the system will be live for registration at 3pm March 3 (today) and the applications will be accepted until March 12 with payments to be dispersed by end of the month which is when the current fiscal year closes.

Residents did not wait for today however, the registrations started since late Tuesday.

While residents are concerned at how thousands of cheques will be distributed in such a short time span, the new government says it is determined to see it done.  The concerns expressed to Magnetic Media have not slowed the swarm of interest; though some have reported glitches like not receiving their confirmation email and crashes of the site.

The Deputy Premier, who is personally supporting the IT management of what is expected to be entertain thousands of requests, said once a confirmation number is generated; individuals are in the system.

The plan is to, by next week, establish help desks for people who require assistance to apply for the cash; these desks will be especially important in the Family Islands, he said.

Cheques said Saunders will be distributed in alphabetical order at the Treasury offices.

The PNP managed to deliver on a key campaign promise after only 9 days of being elected to government.