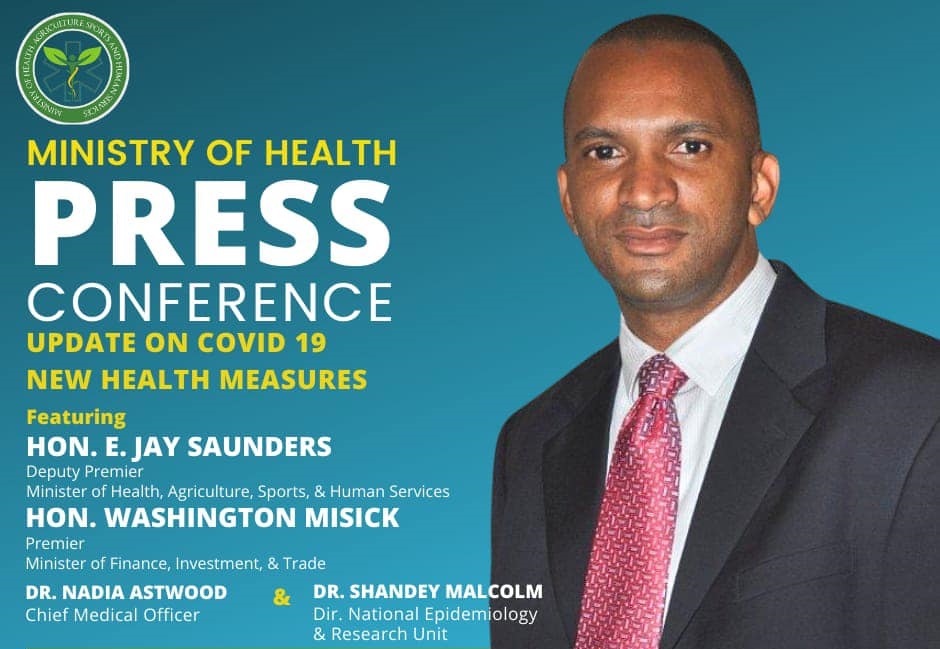 From Promotion for first Press Conference for DP Saunders, Minister of Health

#TurksandCaicos, March 3, 2021 – Speaking after the Premier of Turks and Caicos Island, the Deputy Premier, who also serves as the Minister for Health, Hon EJ Saunders addressed islanders concerning the current public health crisis which has crippled the TCI economy.

“Bed capacity in hospitals has been running pretty high. A couple of days ago and a couple of weeks ago, it was as high as 150%. And today, it’s around 100% bed occupancy, “said Saunders. “And the Staff, the staff is even working for very long hours. Since the pandemic, the staff has not had any vacation,” Minister Saunders, the Deputy Premier added.

He explained that the rate of oxygen depletion in hospitals depends on the number of people on ventilators. But reassured the people they have access to oxygen generators in the Islands.

“These are the issues that have been faced by the Ministry of Health, particularly in the hospitals. We’ve been running low on oxygen levels, and this oxygen can be depleted pretty quickly,” said the Minister, admitting the problems grappling the health sector.

Since many people would have interacted during the elections, Minister Saunders said the numbers on new positives for the coronavirus are projected to be high. But Ministry of Health, he says has a program to stop the virus’s rapid spread and finally stop the virus spread through vaccination. People were encouraged to get tested and to get vaccinated.

Without hesitation, the Minister of Health announced the new measures to take force from Wednesday, 3rd March 2021, at 5 am, to Wednesday, 5 am on 17th March. “Unless something changes, then we will have to revisit it,” said Hon. Saunders, while giving out a set of new measures.

“Curfew on all Islands will be from 11 pm until 5 am. And we will make sure to do that so joggers who wannat go out early in the morning can go out.  All businesses need to be closed by 10 pm. Bars and restaurants must be limited to 30 percent of their normal capacity, both indoors and outdoors, but there’s no congregating around the bar counter,”said Saunders.

The new measures uphold the ban on all public gatherings and social parties and provide a tremendous ease from the previous restrictions.