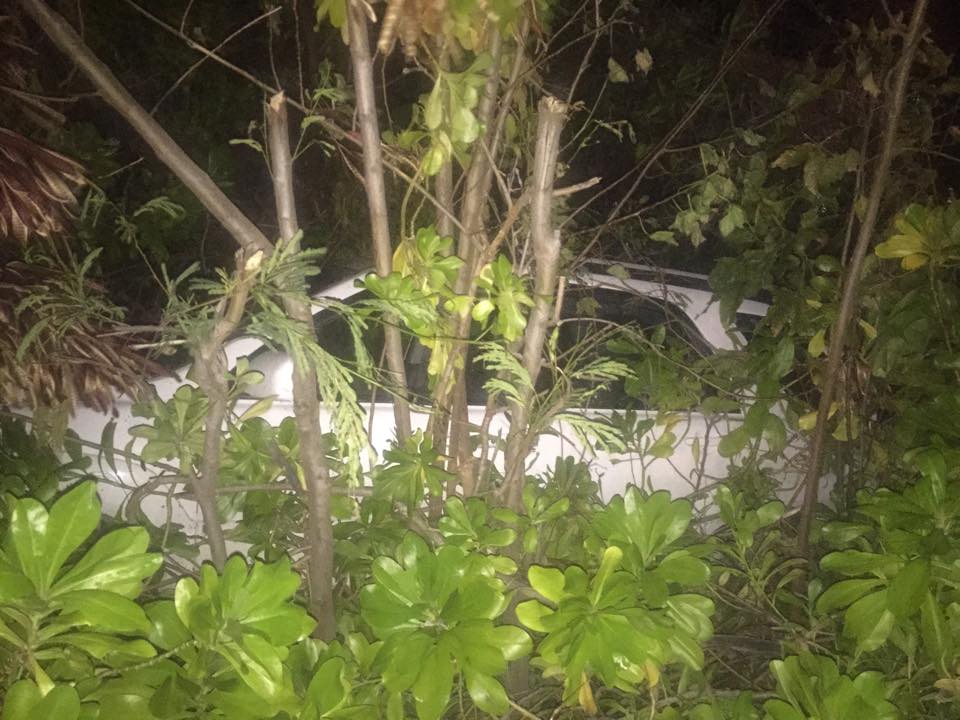 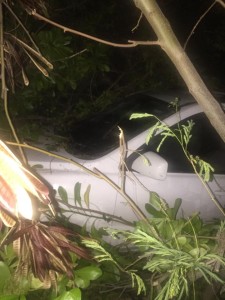 Providenciales, 05 Oct 2015 – Details are still sketchy about what will happen to a 14-year old boy who allegedly stole a 4News company jeep and went for a joyride.

Police ended up catching the youngster after he reportedly crashed into bushes near the Bight Park.

Residents on site expressed concern over the state of the young man, who was also described as ‘lucky’ to have escaped the mishap without major injury.

The teenager was taken into care at hospital; it is believed charges if any would be pressed later.