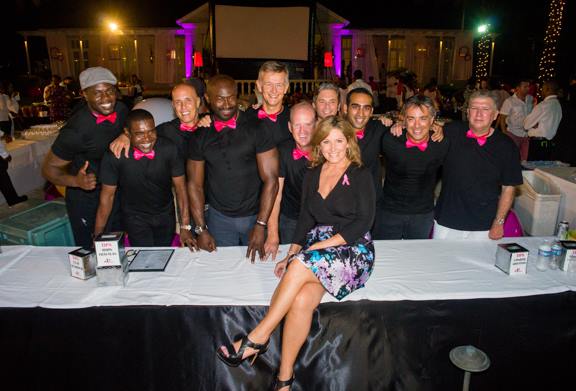 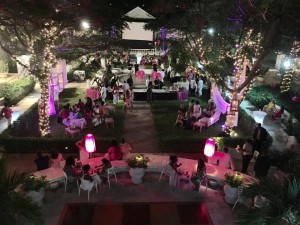 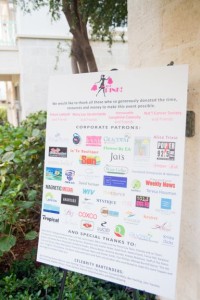 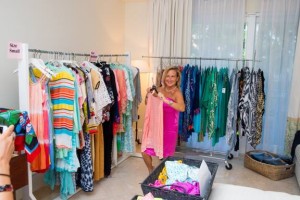 ‘In the Pink’ featured hours of shopping at the Regent Palms Resort where gently used clothing was available at marked down prices. The evening included a Pink Poker Tournament, sponsored by Casa Blanca Casino and an after-party featuring PRIME DJ’s.

Karen Whitt, General Manager for The Palms said, “In the Pink gives guests the opportunity to celebrate the joy of giving by coming together to enjoy music, shopping, food and friendship. We’re absolutely thrilled to partner with the National Cancer Society as we join the fight against breast cancer, and we are extremely excited to support such a worthy cause.”

The night also featured a raffle for a new cherry pink KIA car. Residents who want tickets can purchase them still at the concierge desk at the Palms; one ticket is for $25; get three tickets for $50. The winner will be announced on October 31st at the Cancer Society’s annual luncheon.

At In the Pink, Jack Lightbourne also debuted his highly anticipated, destination song and music video called, “Take Me to Paradise”.