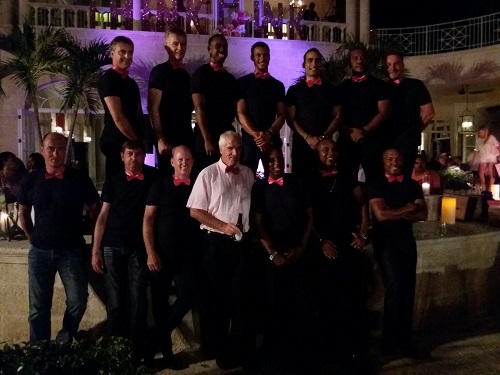 Providenciales, TCI, October 11, 2016 – Cancer is a killer and in the Caribbean and Latin America, breast cancer is tied for the second most popular type of cancer among our residents; 13.9% of 1.1 million people with cancer have the disease in the breast.  Statistics from 2012 for the Caribbean & Latin America also say that of the 603,000 Cancer deaths, 7.2% are due to breast cancer which is the leading cancer killing our vibrant regional women.

With these kinds of figures out there, it is no wonder the In the Pink organizers in The Turks and Caicos are aiming for a regional if not a global record. “Tonight we’re debuting the world’s largest pink fashion show.  For the first time ever, we’re filming in, we’re going to YouTube it, put Turks and Caicos on the map yet again.” 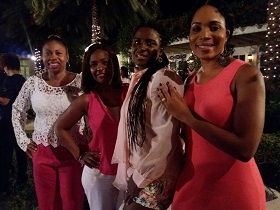 It was a fantastic turn out again for the event held on the weekend at the Palms Resort and offered an exquisite ambiance, happy venue for mingling, great food and drinks, the country’s leading dignitaries in corporate, civic, church and government and some of the finest lines in fashion thanks to the anticipated shopping bonanza.  Brainchild of the now eight year old event, Karen Whitt also spoke to what the money does for the National Cancer Society’s clients.
“There’s a lot of people who have specialized situations and they have to travel off the island for specialized care.  It’s a big hardship on the families because there is no extended funding for this type of support.”
A donation of $50,000 was made after the 2015 installment of ‘In the Pink’ and Whitt naturally wants to exceed that donation.  In the Pink was very likely the final official event for now gone Governor, HE Peter Beckingham and his wife Jill who, like Health Minister and Premier, Dr Rufus Ewing donned the pink bow tie in support of the annual Breast Cancer Awareness Month fundraiser. 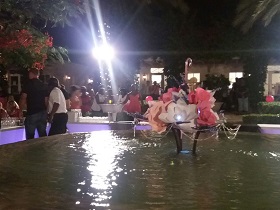