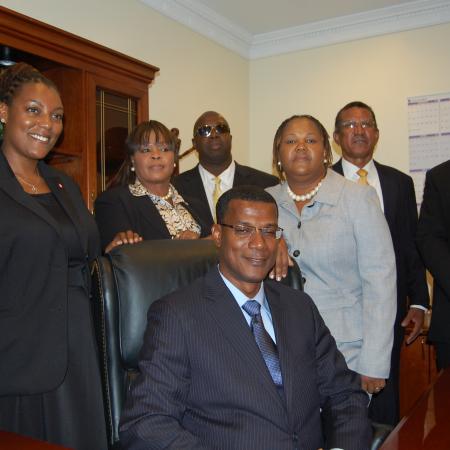 Providenciales, 07 Aug 2015 – Almost unbelievably, the expensive Special Investigation and Prosecution Team, which has not managed to secure any convictions through the court for charges on government and investor corruption had the audacity to ask the government for more money to run its investigation.

In a media conference yesterday, Premier Rufus Ewing shared that it was requested and that his administration categorically said ‘no’ to the request for an additional $4.3 million.

Premier Ewing said: “We as a government are not satisfied that we receive sufficient information on expenditure in terms of the areas of expenditure in much more detail in what was given and so we cannot give account, a full account of the funds that were appropriated and how they are being used.”

A sad admission about a UK-hired team which has faced a barrage of criticisms and which is investigating and aiming to prosecute former government ministers and their relatives for alleged mismanagement of public funds.

The Premier explained, “I find it very difficult for them to go and pay for protection for bodyguards for the prosecutors… while we as elected members, see our details downsized…”

Add to this, Minister Washy shared that government has to pay for a second reverse osmosis plant for Grand Turk to the tune of $300,000; he believes a $4.3 million dollar spend on Helen Garlick’s SIPT would be a bad use of public money.

We also learned that: SIPT has cost an excess of $36 million dollars, $15 million of which was covered by the UK – the balance by the Turks and Caicos. Four million dollars was allocated to the SIPT this year and there was four million to the defense for legal representation. If granted, the SIPT investigation bill will mount $12 million dollars for 2015-2016 alone. If not granted, it is said, this could lead to a delay in the SIPT trials set for December 1st.