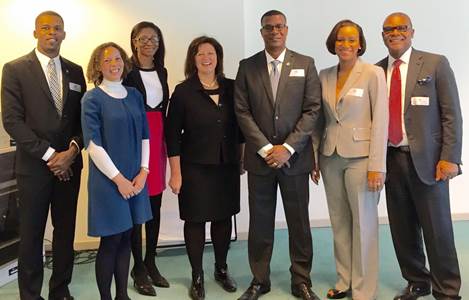 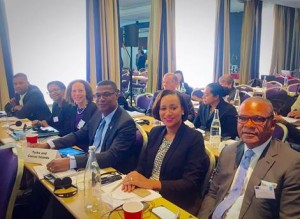 Providenciales, 29 Feb 2016 – One of the most effectively managed EU programs is in the Turks and Caicos Islands; this was the statement from the Director General for Development and Cooperation at the European Union, Jolita Butkeviche at the close of the 14th Ministerial EU and OCTA meeting held in Brussels last week.

The Turks and Caicos delegation was led by EU Program Manager for the TCI, Deputy Governor Anya Williams and Premier Rufus Ewing who was joined by Finance Minister, Washington Misick and his Permanent Secretary Athenee Harvey-Basden.

As Vice Chair of the session, Premier Hon Ewing addressed the June 2016 referendum in the UK where it will be decided if the United Kingdom remains a part of the EU.

The Premier stated that he hoped the promised EU funds for the TCI will not be jeopardized by this diabolical vote.

Minister Washington Misick explained that through EDF 10 and 11, some 25 million Euros are earmarked for TCI. A third draw down for upgrading the business sector was as recent as December 2016. The EDF11 monies are earmarked for Educational developments.