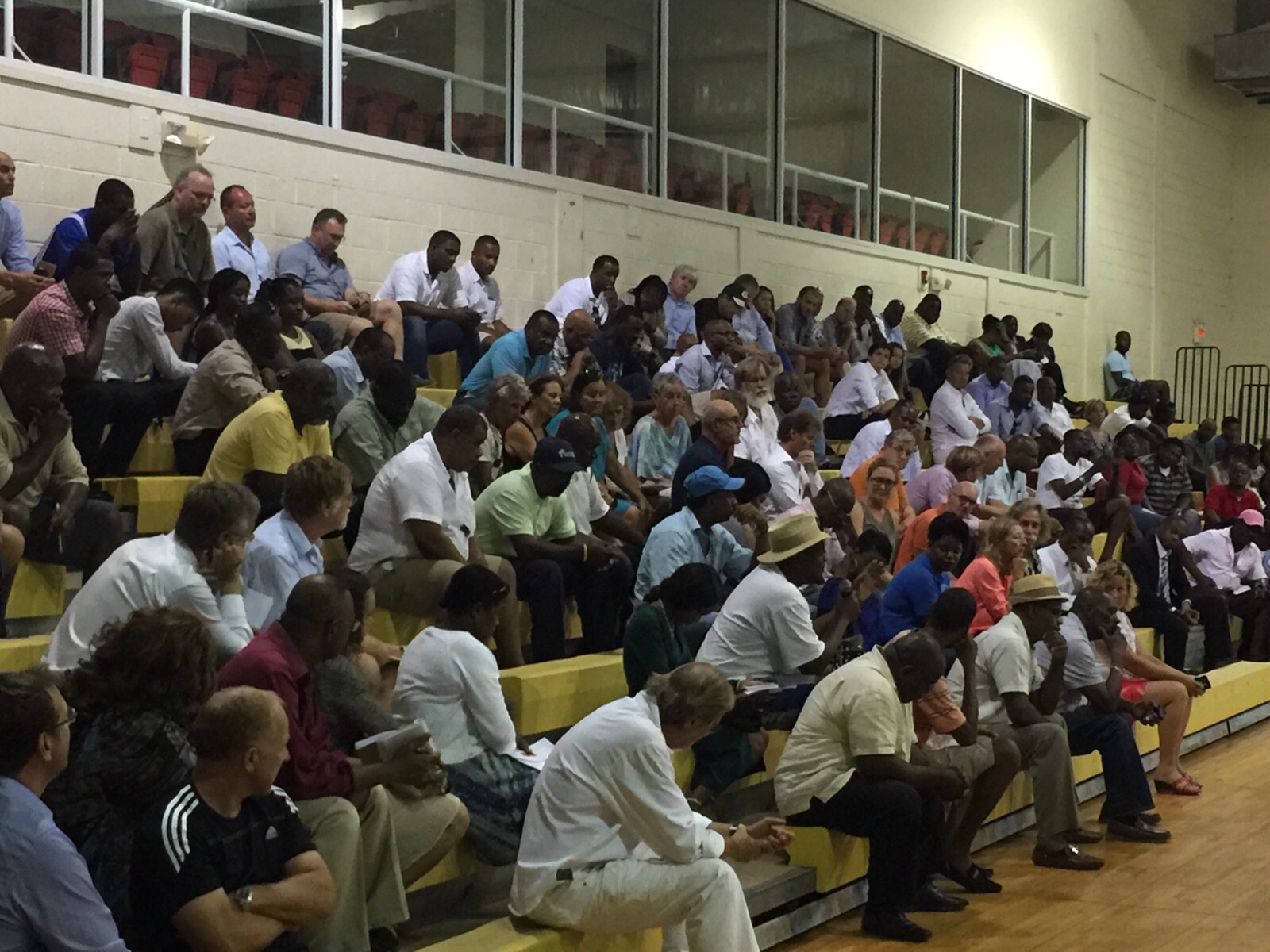 Providenciales, 13 Aug 2015 – ‘Do not touch Grace Bay Beach, it is a jewel’… a passionate plea, supported by some applause during that town hall meeting held last night to discuss the increase in resort building height along Grace Bay Beach.

The Government team presenting, led by Finance and Investment Minister, Hon Washington Misick was chided for a number of things including having a poor power point presentation, for not being more proactive in already developing policies to protect Turks and Caicos Islanders for jobs and small business opportunities on the strip, for constantly shifting the goal posts on what heights are allowed or not allowed, for not yet coining a national development plan and for apparently already making up their minds about the proposal.

There were a few presentations which contend that the development on the sandy shore of the award winning beach makes it environmentally risky; one presentation claims that that the sand shifts from time to time.

There was no environmental impact study provided at the meeting.