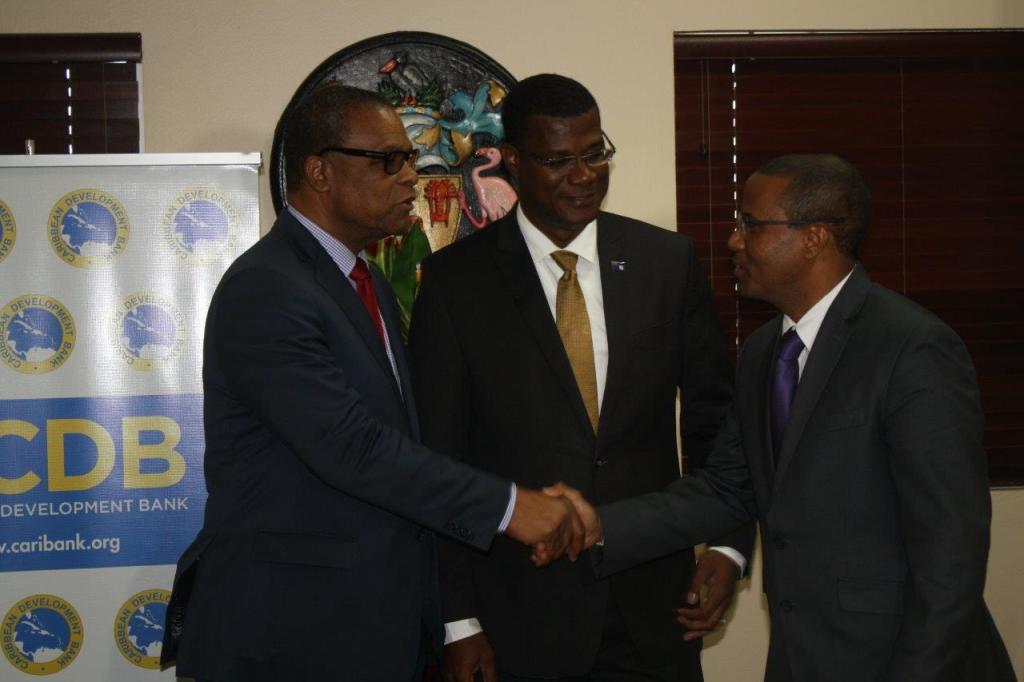 Providenciales, 06 Jan 2015 – Even though the Turks and Caicos is eligible to borrow as much as $100 million from the Caribbean Development Bank, the country will only be able to tap into 5% of that – $5 million dollars thanks to a new law.

In the latest Gazette, it is outlined that government approved that the Turks and Caicos can borrow up to $5 million dollars from the CDB at a rate of 2.9% and that the amount borrowed would have to be repaid in five years.

Recently the Turks and Caicos Minister of Finance, Hon Washington Misick was joined by CDB Director of Economics, Dr. Justin Ram who said the up to $100 million dollars which the TCI is eligible to borrow will come at an interest rate of 2% and will be for a diversity of works.

This loan from the CDB is supported by the PNP Administration as Minister Misick said the technical assistance the CDB offers in this process is what makes them the better bank from which to borrow. The maximum $5 million dollars from the CDB would be for a so called, ‘Policy Reform Programme’.