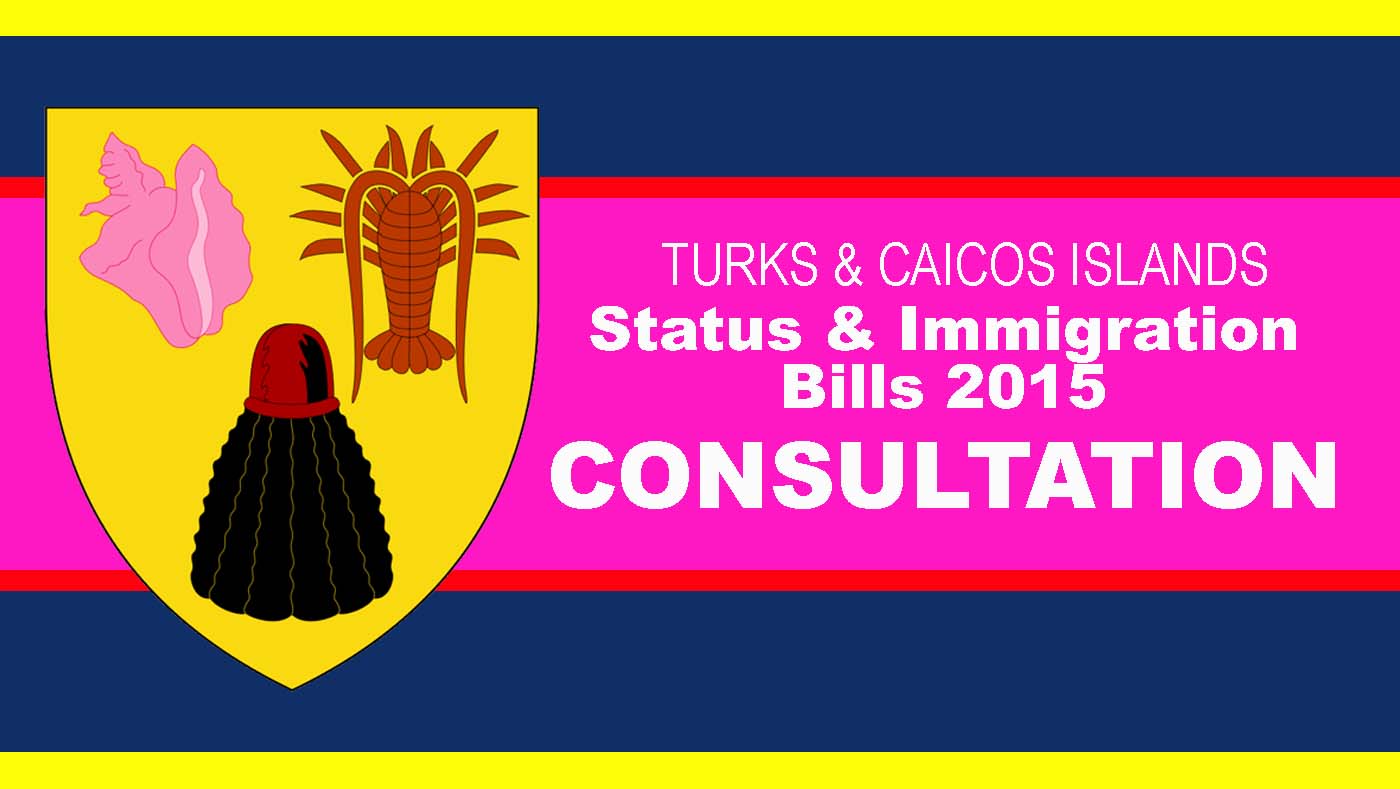 Providenciales, 12 Aug 2015 – A magnanimous helping of documentation has been released into the public domain as a slew of ideas for the Turks and Caicos Islander Status and Immigration Bills make their way to the House of Assembly.

Government yesterday revealed that from August 7 to September 4 is assigned as the public consultation period for the two bills which aim to among other things formalize the pathway to TCI citizenship.

Residents are strongly encouraged to be engaged as we review the consultations papers for both bills, the bills themselves, studies and reviews conducted by groups including the former Consultative Forum and the Constitutional Review Commission and included in the package is an electronic version of the TCI Constitution.

It will make for some serious investment in reading time, but as immigration and Belonger status issues are among the most contentious in the nation; government leaders expect us all to get involved.

It was in June that the PDM Party explained to media that they took exception to the presentation of the Immigration Bill in the House of Assembly before, because it lacked a sensible consultation process – in their view – and was limited to electronic contributions only.

While it is not completely clear that this has changed; it does appear that there will be opportunity for both e-mailed and face to face encounters on the two bills. Magnetic Media has posted the entire set at our website, look for it at MagneticMediaTV.com.