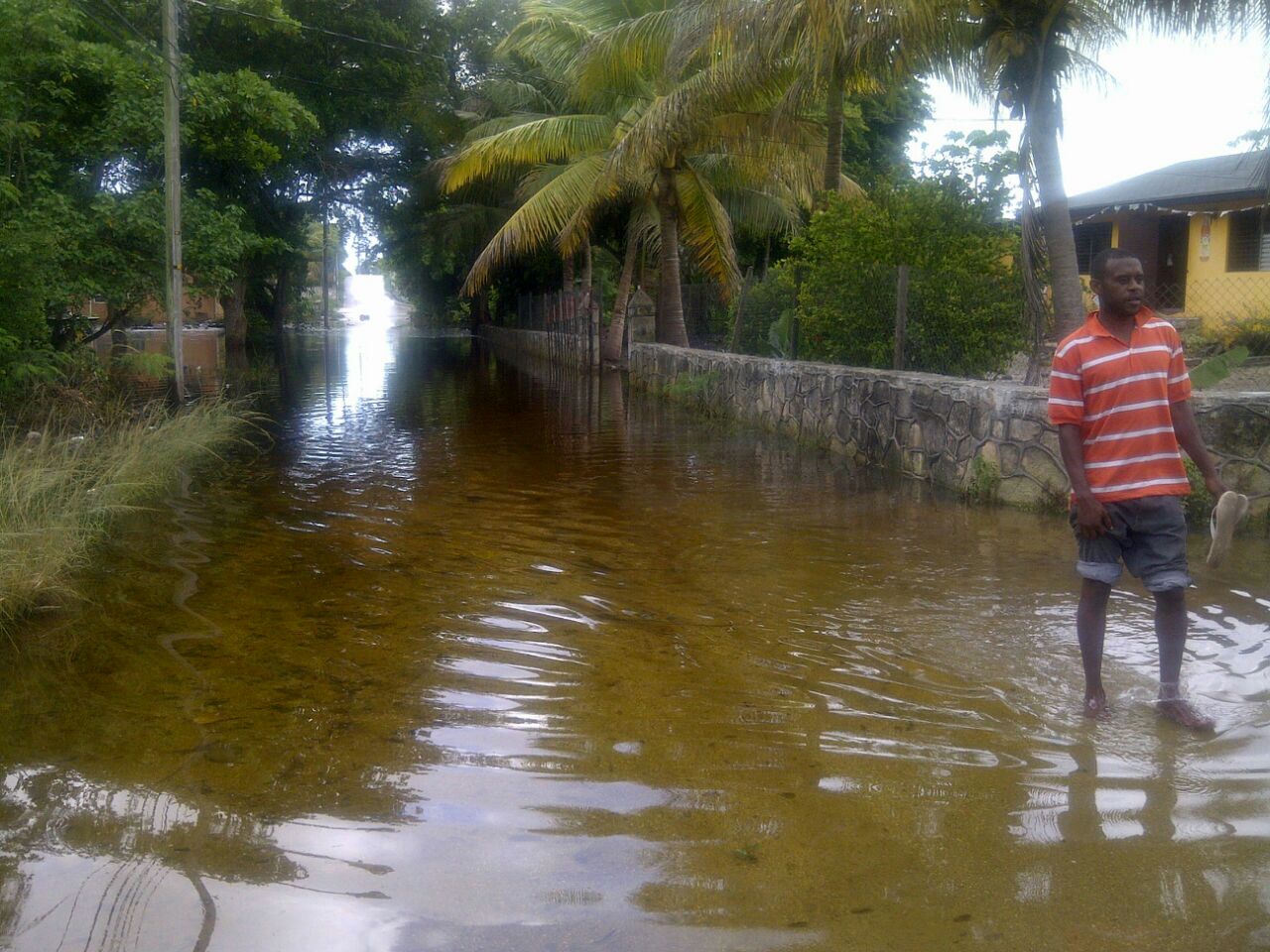 Providenciales, 11 Aug 2015 – After the daunting and damaging flooding caused after days of rain from Tropical Storm Cristobal in August 2014, the government had to carve out a temporary road in North Caicos to create an alternate route for vehicular traffic.

Now, the Government is moving to buy the land in a compulsory purchase. During that Appropriations Committee meeting held last week, the Finance Team made the request for more money known – the project being newly introduced to the 2015-2016 Budget.

Members of the Appropriations Committee were most concerned about the necessity of the acquisition and if needed; if there is sufficient land being considered for this purchase.

While the PS of Finance was unable to say how many acres and how many land owners would be involved in the transaction at that meeting at the NJS Francis; it was said it is believed $200,000 would need to be approved to even begin negotiations.

It was also expressed that there be a long term solution for drainage created on the main roadways in North Caicos and other islands suffering from no drainage at all.