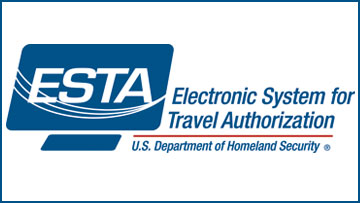 Some confusion perhaps cleared up now for travellers from the territory as Border Control issued a notice to explain what is going on when it comes to US requirements and the ESTA or Electronic System for Travel Authorization.
The Ministry says this notice from the US Customs and Border Control is for holders of British passports, which are ESTA qualified e-passports.
While Turks and Caicos passports issued after July 2015 are E-passports, they are not ESTA category e-passports. I quote from the notice now, “Only Turks and Caicos Islanders who are holders of a British passport identifying them as a British Citizen are able to travel to the United States using an ESTA. The British passport is an e-Passport.”
Individuals will still be able to travel to the USA using a US Travel Visa or Turks and Caicos Islands Police record.
We’ve got the link for you to follow to find out how this notice impacts you, Web address:  https://www.cbp.gov/newsroom/national-media-release/2016-05-09-000000/clarifying-e-passport-requirement-visa-waiver