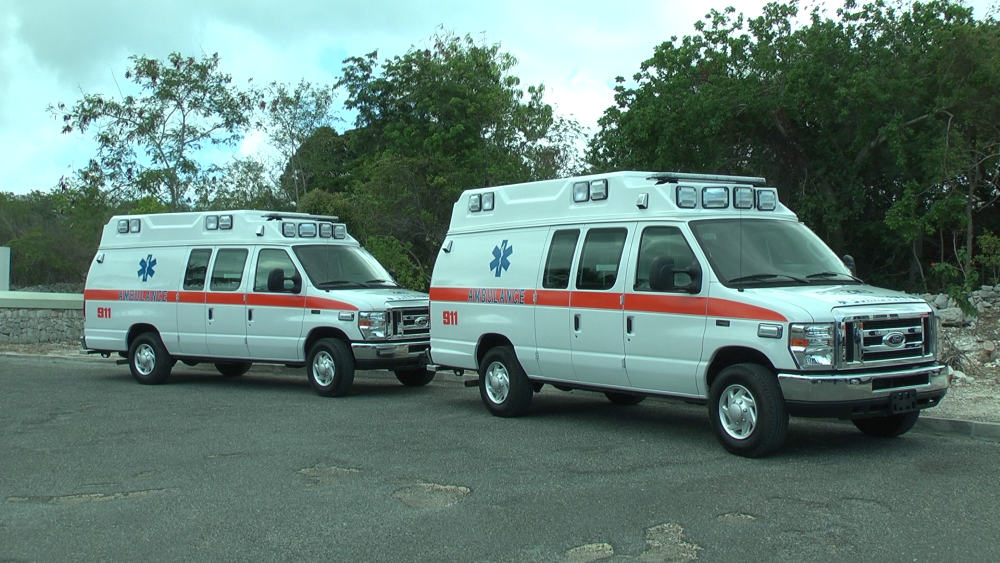 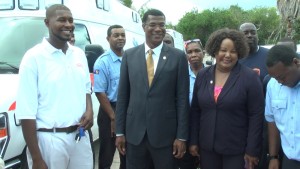 Providenciales, 07 Aug 2015 – The Ambulances are here; after years of waiting despite having the funds to purchase the vehicles. Five new Ambulances were commissioned and blessed by Bishop C. Alexander Williams in a brief ceremony yesterday.

Add to this, nine new medics were added to the team, taking the EMS team to 19; ten of whom are based in Provo.

Champion Motors, on Thursday, delivered the five ambulances to the country, Provo got two more of the emergency vehicles, while South Caicos, North and Middle Caicos and Grand Turk received one ambulance each.