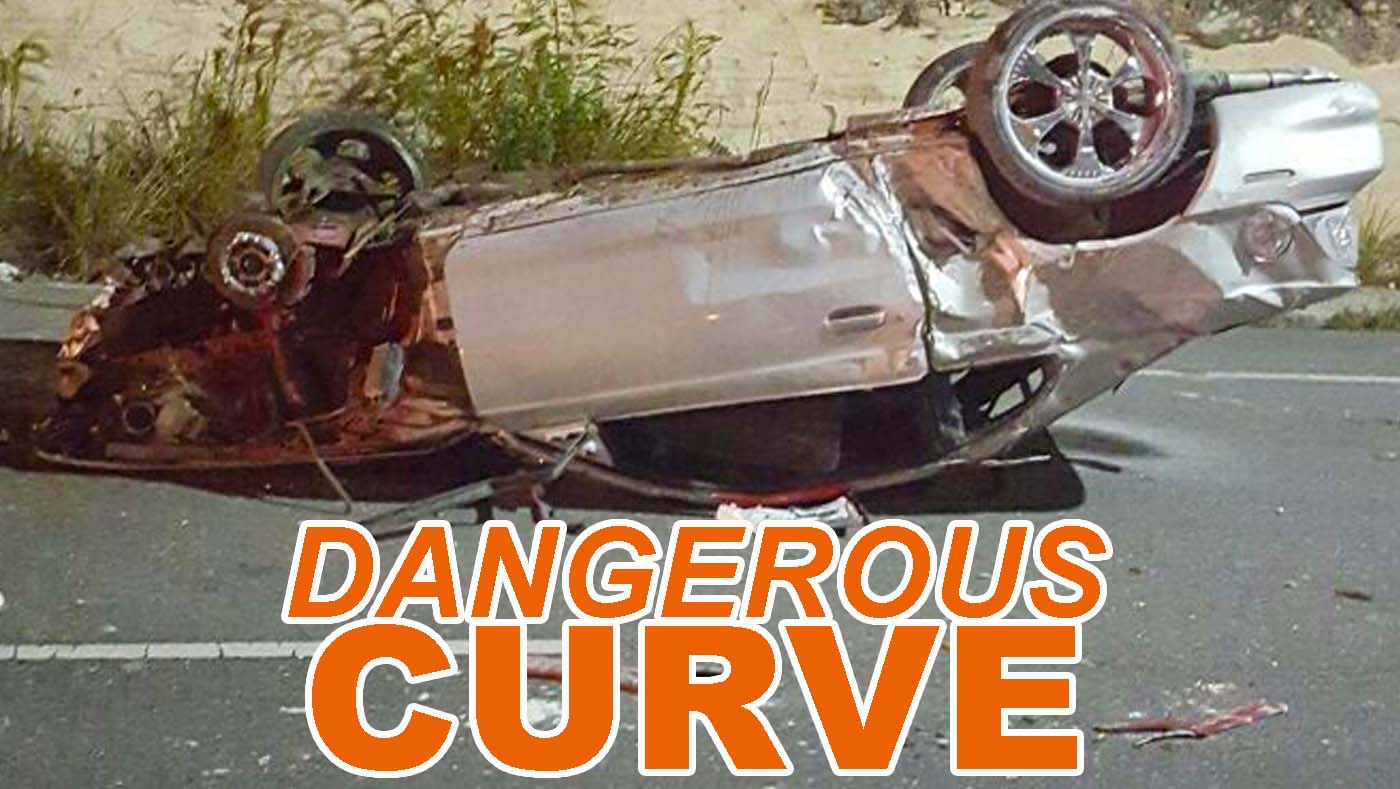 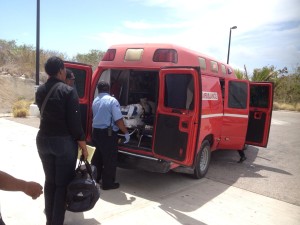 Providenciales, 31 Aug 2015 – A lone car crash is again reported, this time involving a 19 year old Five Cays man who slammed into a power pole on that infamous curve near Caicos Lodge, Leeward Highway.

Reports are his gray Ford Mustang flipped over literally peeling the vehicle to pieces. The man was airlifted out of country earlier today.

Images of that vehicle are frightening; the car is totally wrecked and it is being called a miracle that Willdelo Seymour survived the horrible crash.

Police say Seymour, suffered injury to his head, spine and hip and was taken to the Cheshire Hall Medical where they eventually stabilized him enough for the air ambulance; he is said to be en route to Jamaica.

Young Seymour is also described as an employee of Beaches Resort and was just getting off work. The traffic accident happened around 11:30pm.

The last major traffic accident at that curve resulted in the gruesome death of a Dominican woman, 22 year old Naomi Adrian who had been living in Provo just six months at the time of her tragic death.