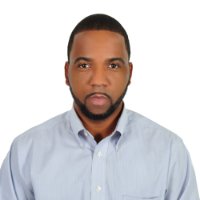 Providenciales, 09 Mar 2016 – The PNP Party and Administration say that it is through diplomacy they were able to get Beaches Resort to remove the obstructive wooden pier along Grace Bay Beach.

The wooden dock, which owner, Butch Stewart says was approved by successive TCI governments had become the target of scorn by residents who say the construction was illegal.

Media reports revealed the resort received a citation since January, and last week the board walk over the beach was significantly lowered to allow a free flow of movement along the World’s #1 Beach.

The PNP said in a statement on Monday that, “The Honorable Minister of Infrastructure, Housing and Planning, Amanda Missick, Staff of the Planning Department and Department of Environment and Maritime Affairs were in negotiations with management since November 2015 and they were determined to give residents and tourists alike their twelve miles of beach uninterrupted.”

The dock which hovered above the sand and made walking along the beach difficult, even impossible on high tide days has now been dropped to the sand level for free passage.