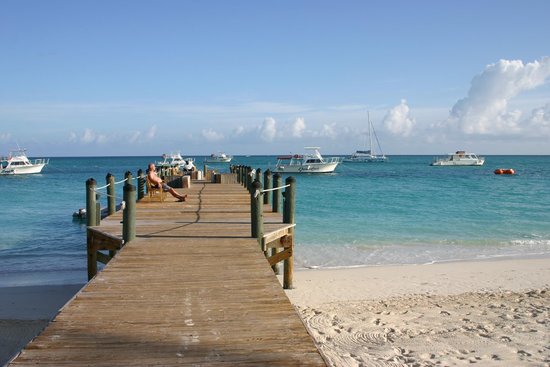 ProvidenciALES, 13 Jan 2016 – Government does not agree with the big boardwalk stretching from resort to into the water at Beaches Resort Villages and Spa; the Permanent Secretary of the Ministry of Infrastructure Housing and Planning in a media comment said that is why they are working to see the ordinance amended to give DEMA the power to authorize these structures before they get built or are set up on the beach.

Permanent Secretary, Susan Malcolm said the Planning Department is already working on the complaint which has spawned a number of rowdy strings on social media.

Beaches has been silent so far. This all unravels as DEMA reminds that midnight January 17 is the final day and hour to express yourself on the so far, controversial changes being proposed for the National Parks Ordinance.

There is a proposal to deputize DEMA officers so that they are able to issue tickets for harassment; there are questions on how guilt in these cases would be proven and there is also a challenge on the fact that DEMA, if the proposals go forward will be empowered with licensing vendors and operators in the National Parks.

Magnetic Media has been told of the concern that insurance is either very, very expensive or impossible to secure, yet the proposals for changes in the law call for all operators to have insurance.

It could mean many would be put out of business. There will be areas liberated so that visits would not be illegal; who knew that visiting the famous Three Mary Cays in North Caicos is not permitted by law.