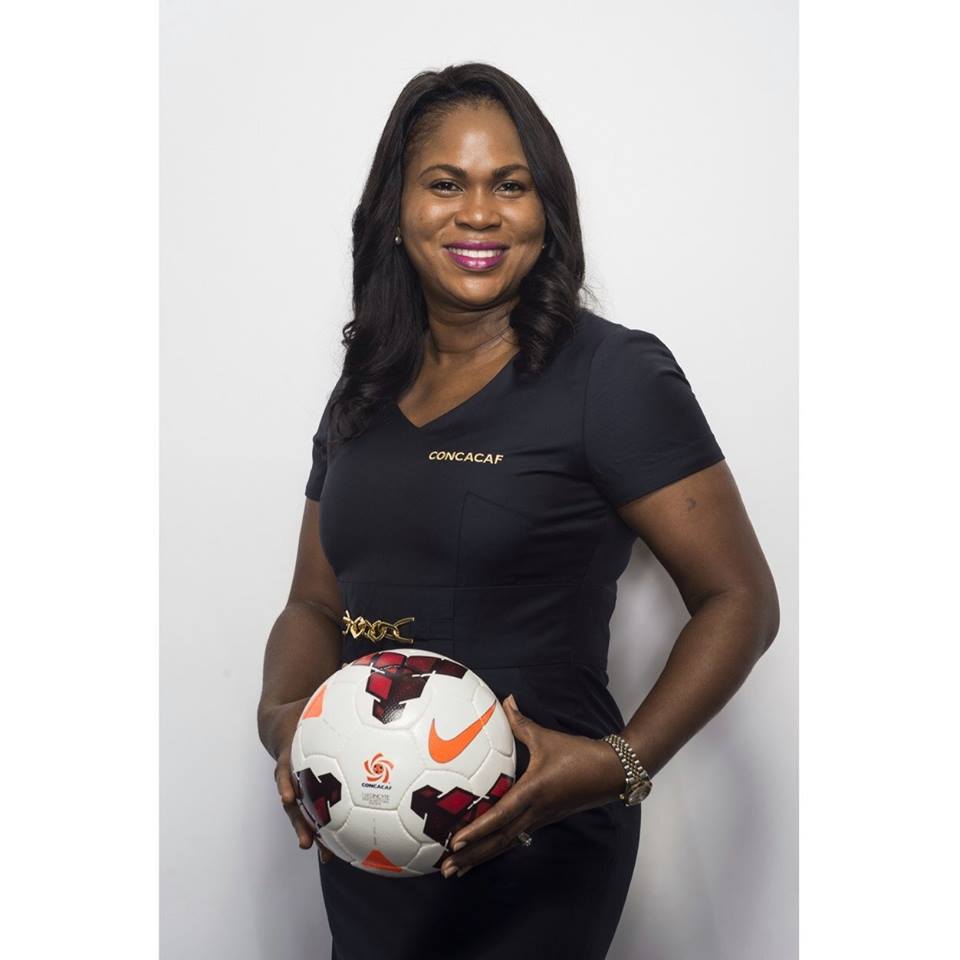 Providenciales, 09 Jul 2015 – Sonia Bien Aime has done it again… defied the odds and reaping rewards for the integrity of her character and love of her favorite sport. It is a good stain for the Turks and Caicos as this Sportswoman of the Year for 2014 is now a voting member of FIFA’s top Executive board.

In an article coming out of New York, Bien Aime is described as one of two women to have this privilege in a sport and a role which is gradually warming up to the fact that the women football players of the world want to be seen as equal, not inferior.

Bien Aime fills a seat left vacant when CONCACAF President, Jeffrey Webb was provisionally fired on May 28 following an indictment for his link to the corruption scandal still rocking the world wide body governing football. The article quotes Sonia, who talks tough on equity in the sport and explains that the perspective of a woman at the FIFA Executive level is just as meaningful as any of the male members.

The story, by Ronald Blum, AP Sports writer says: “The 43-year-old head of soccer’s governing body in the Turks and Caicos Islands was selected to serve on FIFA’s executive committee as the Caribbean’s representative, becoming the first woman on soccer’s top group in a voting seat not specifically designated for a female.’”

Sonia Bien Aime told Blum in a telephone interview that, “I hate having to think about quotas, especially when it deals with women and men,” she said. “There’s always an opportunity for more female voices, but I’m not just going to say that just because I’m a woman. But it wouldn’t hurt to have more females involved. I can’t say that there is a need for it, but why not? We’re no different from the men, and I think we can make the same decisions as they can.”

The other woman bestowed voting rights with Sonia is Lydia Nsekera of Burundi.

Tonight is DR deadline; tens of thousands of Haitians may have to head home