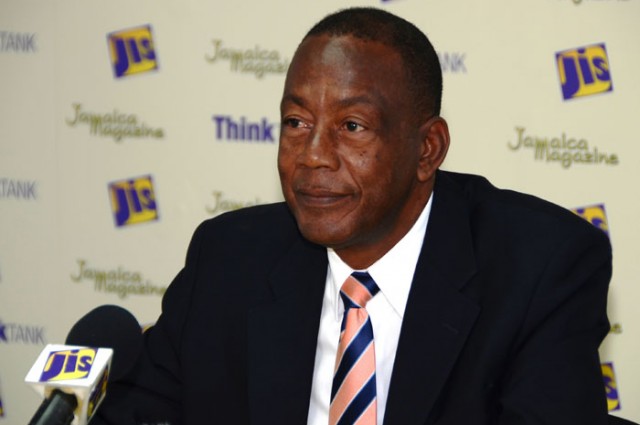 MONTEGO BAY, July 14 (JIS): With Montego Bay celebrating its 35th anniversary of being granted city status, Mayor Glendon Harris says there are major achievements of which the city can be proud.

Speaking at a JIS ‘Think Tank’ in Montego Bay, today (July 14), Mayor Harris said despite some obvious shortfalls, the city has grown in stature and currently stands as the fastest developing city in the Caribbean.

The Mayor pointed out that issues which are holding back the city’s development will be tackled head on by the authorities, using a “tough love” approach.

“It is the love for the city that will tell us that you cannot vend where you want to vend…it is the love that is going to let us say you cannot throw your garbage at the most convenient place, so we are at that stage now where we will be tackling these problems,” he said.

Montego Bay was granted city status on October 9, 1980. The proclamation of its recognition as a city was officially read in Sam Sharpe Square on May 1, 1981, by then Minister of Local Government, Pearnel Charles.
It has Jamaica’s and the Caribbean’s largest airport, the Donald Sangster International, and as such is the gateway to most of the island’s tourists.

According to figures released by the Ministry of Tourism and Entertainment, last year Jamaica welcomed over 3.5 million visitors to the island, a 3.6 per cent increase over 2013. Gross earnings from the sector in 2014 stood at US$2.1 billion, which translates to a 5.8 per cent increase over the previous year.