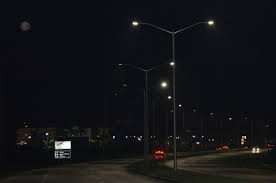 MONTEGO BAY, Aug. 2 (JIS): The new lights, which have been installed along Montego Bay’s 27-kilometre Elegant Corridor, were officially switched on during a ceremony on Thursday, July 30.

Installation of the 797 state-of-the-art LEDs , which span the corridor between the Sangster International Airport roundabout and Iberostar Hotel, in Lilliput, St. James, was funded by the Tourism Enhancement Fund (TEF), at a cost of $272.1 million.

The engagement was a collaboration involving the Ministries of Tourism and Entertainment; Local Government and Community Development; and Transport, Works and Housing.

Speaking at the ceremony, Dr. McNeill commended the TEF on the transformational impact it is having on the lives of citizens and their communities island-wide, through its funding of engagements such as the Elegant Corridor project.

“The projects that are being done by the Tourism Enhancement Fund are not being done (solely) for visitors, but (are also being) done to fix Jamaica, to make (it) a better place,” he said.

In this regard, the Minister contended that the Elegant Corridor project represents the TEF’s achievement of its mandate to enhance Montego Bay’s tourism product.
This, he added, will contribute to significantly transforming the lives of residents in communities adjacent to the corridor, as well as persons who traverse that section of the North Coast Highway.

Dr. McNeill also commended the National Works Agency (NWA) for its procurement and timely installation of the lights, which enabled the project to be completed on time and within budget.
For his part, Mr. Arscott said the Government is exploring the possibility of using LED bulbs for all street lights islandwide.

“We know that if we are able to change the existing (high-pressure sodium) lights in Jamaica to LED lights, we will be able to save (expenditure on) 50,000 barrels of oil per year. Therefore, this demonstration of the use of modern technology is an example which we really want to (replicate islandwide),” he said.
Other officials attending the ceremony included: Deputy Speaker of the House of Representatives, Hon. Lloyd B. Smith; State Minister for Industry, Investment and Commerce, Hon. Sharon Ffolkes-Abrahams; Montego Bay Mayor, Councillor Glendon Harris, as well as Directors and other representatives of Tourism Product Development Company (TPDCo), Jamaica Tourist Board (JTB), TEF, and NWA.