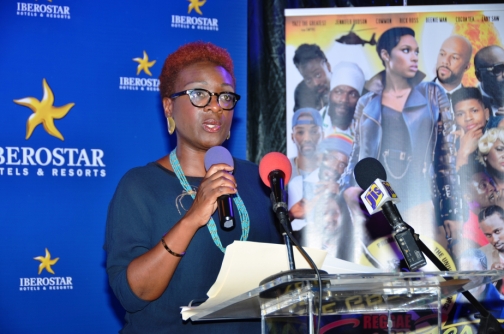 MONTEGO BAY, June 24 (JIS): Some US$9 million is expected to be injected into the economy of Montego Bay, St. James, during the staging of Reggae Sumfest 2015, at the Catherine Hall Entertainment Centre, in the city, from July 12 to 18.

Speaking to JIS News during the Montego Bay launch of the festival, at the IberoStar Resort in Rose Hall, St. James, on June 23, Chairman of Summerfest Productions Limited, the promoters of Reggae Sumfest, Robert Russell, said all is in place for the staging of the 23rd renewal of the event, dubbed “the Greatest Reggae Show on Earth.”
Mr. Russell said based on figures from the Jamaica Tourist Board (JTB), 6,000 visitors come to the island for the festival each year, and this year should be no exception.

“The Tourist Board estimates that they spend about US$1,500 per person, and that equates to about US$9 million injected into the economy of Montego Bay and Jamaica,” he noted.

Mr. Russell pointed out that the festival has become a staple in the entertainment industry and continues to attract visitors from every continent on the globe.

“You cannot find a better event, a better show to come and spend a week and Montego Bay is just a part of that magic. It’s not just reggae, it’s not just Sumfest, it’s also Montego Bay and Jamaica as a destination,” he said.
Mr. Russell said the festival is not only assisting to develop the music industry, but also the career of artistes.

Meanwhile, Western Regional Director of the JTB, Janice Allen, said the festival has always received the full endorsement of the JTB and the agency is back on board as a sponsor this year.

“The Jamaica Tourist Board is always supportive of this kind of event, which attracts a substantial audience and draws attention to our culture, and importantly to attract significant members of the media. In other words, events like Reggae Sumfest enable us to market a more diverse product to the world,” she said.

Ms. Allen pointed out that Reggae Sumfest also forms part of the Ministry of Tourism and Entertainment’s ‘90 days of summer’ promotion, which was launched last year.