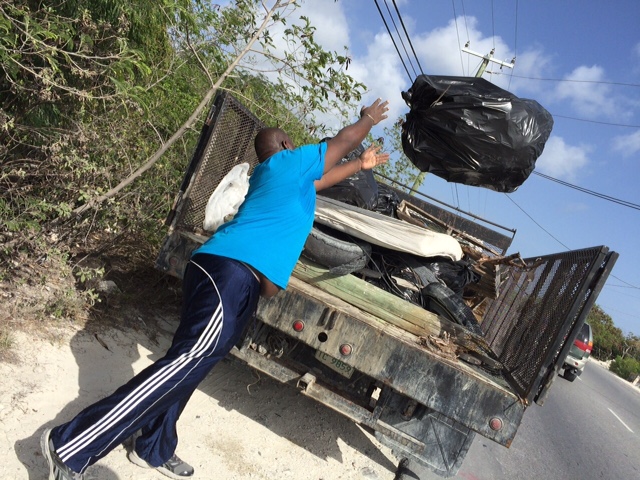 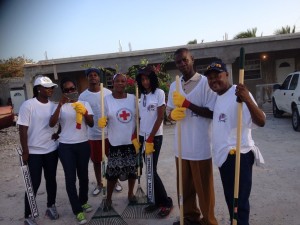 Providenciales, 20 Jul 2015 – Three impressive campaigns for clean up on the weekend were held and as Magnetic Media issued the mobile reports on the happenings, the kudos came in; islanders are happy to see the work to rid highways and residential communities of unsightly trash.

By far, the most monumental of the projects was the Kew Town area where up to 6pm on Saturday, roughly 12 hours after they had started, Environmental Health reported that there had been 18 loads of garbage hauled out by truck, that there had been nearly a dozen vehicles removed and a reminder that this was just the beginning for the newly formed Haitian Organization.

One Bahamas Association took on the Millennium Highway with significant progress and member for Blue Hills, Goldray Ewing led a community group to tidy up front road of his district.

During the week, Wheeland member Delroy Williams funded a clean up the length of Millennium Highway and last weekend, Leeward Palms came together with Ezra Taylor to pick up trash.

While much work has been done; there is more to do… in addition to those photographs of progress with bagged garbage, there were photos coming to Magnetic Media showing areas still suffering from indiscriminate dumping.