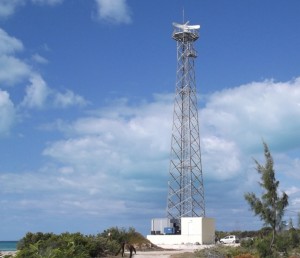 Providenciales, 14 Jul 2015 – Although the Police report gives credit for the tip-off that led to the interception of an illegal boat on Saturday morning to an unidentified caller, Radar Personnel and the Permanent Secretary of Border Control say that is not quite right.

In fact, after Magnetic Media questions into the matter, the PS Clara Gardiner explained that the coastal radar picked up the boat and called it in and that led to the interception.

I quote her statement to me last night: “The sloop was detected by radar staff who notified the police. The Police was further contacted by the source they identified in their release.”

However upon further inquiries, Magnetic Media found that while the radar team says it detected the vessel and called the police on it… the police, and I quote, ‘did not respond to that initial call.’

We learned from our source that the radar team actually solicited the help of a private boater to keep the 99 migrants at bay, forcing them to remain at sea until the Marine Police had arrived.