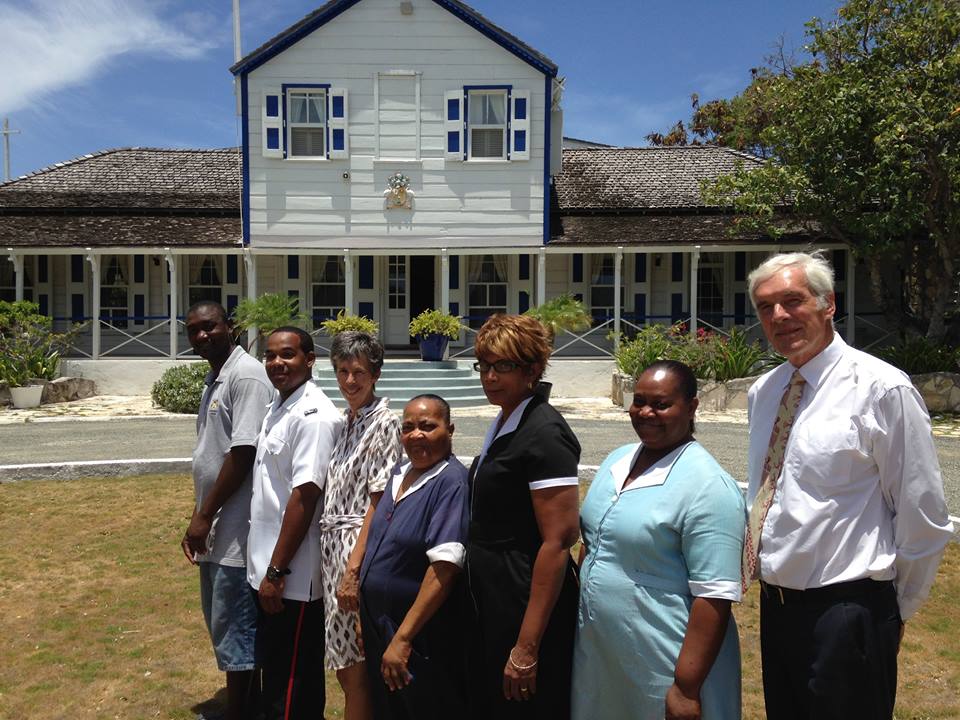 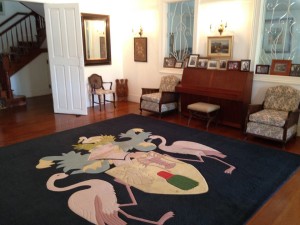 Grand Turk, 11 Jun 2015 – The 200th anniversary of one of the most important and historic buildings in the Turks and Caicos Islands (TCI) is being celebrated on, Monday, 15 June 2015.

His Excellency the Governor’s official residence in the capital Grand Turk was named Waterloo after the famous battle fought in 1815.

The anniversary was marked by a reception hosted by the Governor at the house on the occasion of Her Majesty the Queen’s official birthday.

“Waterloo is an important, historic and living piece of the history of the Turks and Caicos Islands,” said Governor Peter Beckingham.

“At a time when there is a growing appreciation of TCI culture for residents and visitors alike, Waterloo must be recognised as one of the most significant buildings in the Caribbean, given its age, and its key role at the heart of the Islands’ political development.

“The Islands are very fortunate that this historic building has been so well cared for, and has survived fires, termites, remodelling work and hurricanes in 1866, 1926, 1945 and 2008.”

In recognition of the anniversary, Governor Beckingham has published a commemorative booklet about the property, including a forward by local historian Dr Carlton Mills who said, “The significant role that this property has played in the Turks and Caicos since 1815 must be captured and shared as an important part of the Islands’ heritage and legacy.”

Historical, cultural and political highlights of Waterloo include:

The Waterloo residence was built in 1815, and named after the Napoleonic battle of June 18, 1815. It was built in the style of a Bermudan home, with just one wing and, in the style of the time, an open air kitchen.
In 1857 the local owner of Waterloo, James Misick, sold the property to the British Government for £1,046. The British had been looking for a more secluded property for their ‘King’s Agent’ or Crown representative in the TCI, known as the President.

In 1874, on the request of the people of TCI, the Islands became a dependency of Jamaica. With this change in constitutional status Britain was no longer represented by a President but by a Commissioner, who reported to the Governor-General in Jamaica, and lived in Waterloo.

By the 1940s the Commissioner, Edwin Arrowsmith, found the house in poor repair; finding it, “covered with old cloth backed paper which was dilapidated and housed multitudes of cockroaches”. He begun some modernisation, which was continued by a number of his successors.

After Jamaica became independent in 1963, the TCI became a Dependency of the United Kingdom, and responsibility fell to the Governor General of the Bahamas, who nominated Administrators to represent British interests, who continued to live in Waterloo.

Her Majesty the Queen, the Duke of Edinburgh, the Prince of Wales and Princess Alexandra have all visited Waterloo.
In 1973 after Bahamian independence, the TCI chose to retain its British Dependent status and the Islands welcomed its first Governor.

In 1975 members of the Junkanoo Club marched on Waterloo to demand social, economic and political reform. They held a sleep out on the lawn and remained there until their demands were met. Their protest secured a new Constitution and the start of TCI Ministerial Government in 1976. The first Chief Minister was the Right Honourable James Alexander George Smith, or ‘JAGS’, McCartney.

Renovations and improvements to Waterloo were commissioned in 1993, to restore as far as possible the original features, including the windows and the property’s unusual guttering.

In 1999 a nine-hole golf course was created in the grounds, and despite damage in the 2008 hurricane, it is still used by local players who encounter tough greens and unusual fairways!

Today Waterloo is the official residence of Her Majesty the Queen’s representative in the UK Overseas Territory of the Turks and Caicos Islands, His Excellency the Governor. The house is regularly used for meetings with the Premier, the official opposition, overseas investors, church leaders and community groups, and school children regularly tour the building and property.