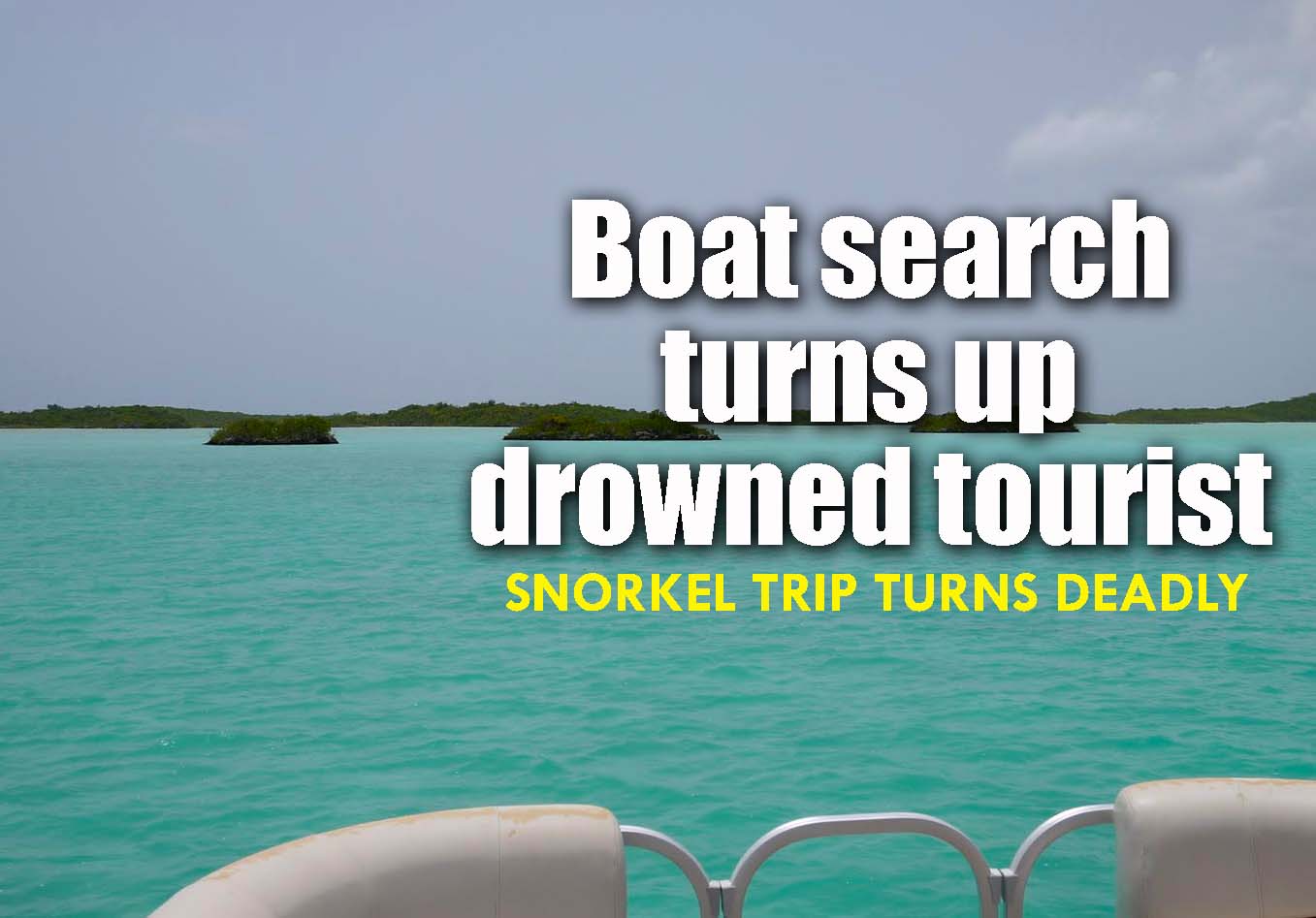 Providenciales, 11 Jun 2015 – An apparently abandoned rental car, parked for as long as two days at the Chalk Sound National Park is what sparked curiosity and led to the heartbreaking discovery of a tourist man, believed to have drowned. Magnetic Media today spoke to Carl Simmons, who resides near the park and who was asked for help by the Police to scour the waters. Simmons said his boat proved helpful as it is able to navigate the shallow waters of Chalk Sound, and soon after leaving shore the body of a white male, who appeared to be in his mid-50s and heavy set was found floating face down.

While the body appeared undisturbed, there was an odor which gave indication that the man, who had been alone on his snorkel trip, was there for about 48 hours. The visitor appears to have made his vacation to the Turks and Caicos alone, so he was not immediately missed. An autopsy will determine the exact cause of death; Police had issued no official statement regarding this apparent drowning up to news time.