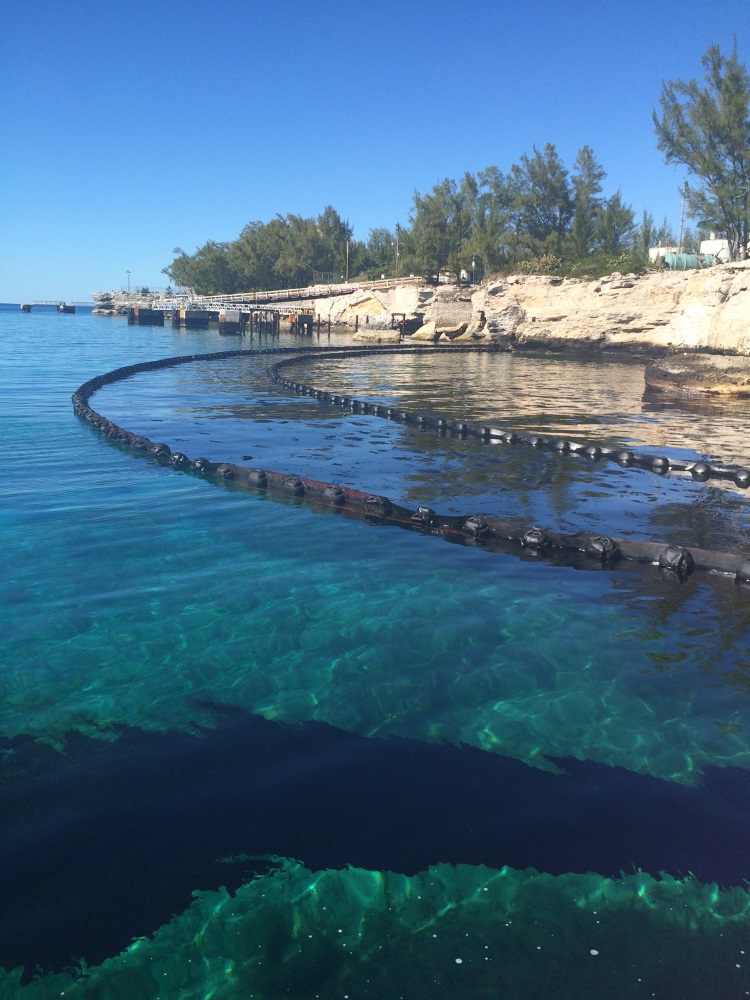 Nearly six months after the government announced it would spend $10 million on oil spill remediation efforts, petrochemical pollution remains a serious threat to the sensitive marine environment throughout The Bahamas, but particularly at Clifton Bay, environmentalists say.

Vanessa Haley-Benjamin, CEO of fast-growing social and environmental movement Save The Bays (STB), said recent complaints from divers visiting the Sir Nicholas Nuttall Coral Reef Sculpture Gardens, who emerged from the water covered in oil, prove that whatever actions have been taken to date have been far from sufficient.

“We appreciate the government’s recognition that oil pollution in Clifton Bay is an issue that needs attention,” she said. “Unfortunately, whatever has been done so far has failed to produce timely results.

“Details of the remediation plan were not released to the public, so it is difficult to understand why, considering the reported financial commitment, a tangible solution has yet to be found.”

The Bahamas Reef Environment Educational Foundation (BREEF) is responsible for the sculpture garden, and executive director Casuarina McKinney-Lambert warned of the devastating impact this pollution is having on living coral reefs, fish and other marine organisms in the area.

Haley-Benjamin said: “We wholeheartedly support and second BREEF’s call for increased protection of the reef systems around western New Providence, which are critically important resources, ecologically and commercially speaking, and which have been under severe stress from industrial pollution for years.”

The area is vital to the local dive tourism sector, she said, as well as for recreational and commercial fishermen, with the sculpture garden in particular attracting interest from avid divers around the world.

Designed as a fusion of art, education, and marine conservation, the garden was created to provide a habitat for fish, corals and other marine organisms, divert snorkelers and divers away from natural reefs and thus providing space for restoration, and serve as an outdoor classroom for environmental education and citizen science.

“Quite aside from the dire environmental consequences, the ongoing pollution is threatening tourism revenue and doing untold damage to the country’s reputation abroad,” Haley-Benjamin said. “STB is calling on the government to make this issue a priority and give it the attention it deserves.”

According to Dr. Craig Dahlgren, a marine biologist and senior research scientist who studied coral reef ecology in The Bahamas and wider Caribbean for more than 20 years, pollution has already had a devastating effect on Clifton Bay.

At some sites, the researched showed this decline to have been as high as 43% in just two years.

In addition to coastal pollution, increased temperatures and overfishing have also had an impact. However, Dahlgren said, the sites closest to likely pollution sources were among those with the lowest live coral cover.

“It is clear that significant changes are happening to our coral reef resources,” Haley-Benjamin said. “It is imperative that we act now to prevent continued degradation.

“We and other concerned environmental groups stand ready to assist the government in identifying the origins of the oil spills and enhancing remediation efforts to accelerate meaningful results.

“To the extent that the $10 million plan announced in January may be working, it is clearly not working fast enough.”