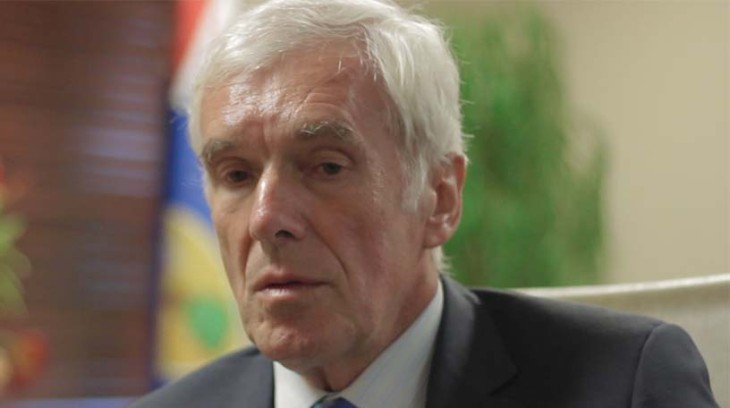 Providenciales, 29 Jan 2016 – The Governor is speaking out too on the fire at HJ Robinson High, but shockingly, His Excellency who not only lives in Grand Turk but is head of National Security is not addressing the serious lack of a domestic Fire unit and lack of Police in the Capital.

HE Peter Beckingham is on record, as is the PNP Government bragging about massive surpluses and yet there remains deficits in the infrastructure – serious water shortage in Grand Turk; deficits in manpower – not sufficient police between Provo and Grand Turk; deficits in proper work environments for scores of Civil Servants; deficits in refurbishment and beautification of GT, despite a multi-million dollar fix-up fund with TCIG and Carnival Cruise lines and deficits in services – no fire department, which forced an all day shut-down of the JAGS McCartney International Airport.

Magnetic Media has asked the Governor to comment on the lack of a fire squad and truck. No reply up to this news production time.