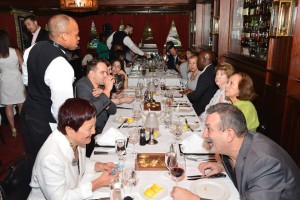 Providenciales, 05 Jun 2015 – An inaugural flight touches down at the Providenciales International Airport on Saturday from Houston’s George Bush Intercontinental Airport, a service of United Airlines. Media has been invited to cover the event where the Minister of Tourism will be on hand to receive the first passengers directly out of Houston. Houston was one of the six stops on the recent Premier’s North American Sales & Investment Blitz, where a luncheon was hosted at Pappas Bros Steakhouse, that group arguably giving the loudest applause to the Turks and Caicos Islands promotional video.