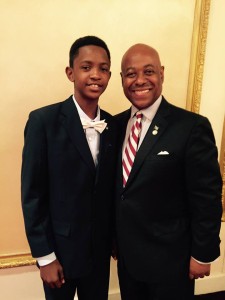 Providenciales, 05 Jun 2015 – Just about everywhere you go within the islands these days there are heated debates about the culture of the Turks and Caicos. Sparked by social media forum comments, political cartoons, thought provoking contributions in the House of Assembly, letters to the editors, media news reports and views expressed on call in talk shows… it is all happening as the country counts down to the 40th anniversary of the Junkanoo club Incident and as the country counts a victory and another #1 title.

Tourism & Culture Minister, Hon Porsha Smith said the winning team will arrive home tomorrow after taking the top prize in New York during the CTOs, Caribbean Week. The Turks and Caicos Islands Community College placed first ahead of St. Lucia, who got second; the Bahamas who got third and Jamaica who came in fourth in the Student Colloquium.

That colloquium challenges students to present creative ideas for sustainable tourism projects or business initiatives in the Caribbean. Minister Smith reports that, “judges were very impressed with TCI’s performance stating the presentation was an original, it is one that should garner the attention of the Caribbean Region. All teams were creative, passionate and represented their countries well, however, I must express huge congratulations to team TCI, I am immensely proud of the job in which they’ve done…”

The Minister said it was a collaborative effort with Education, College and Tourism teaming up to shine, most brilliantly at the competition which took place at what Minister Smith called, the largest and most effective event on the Caribbean calendar. It is a celebration of the sights, sounds and unique vacation experiences and business offerings that the region offers.