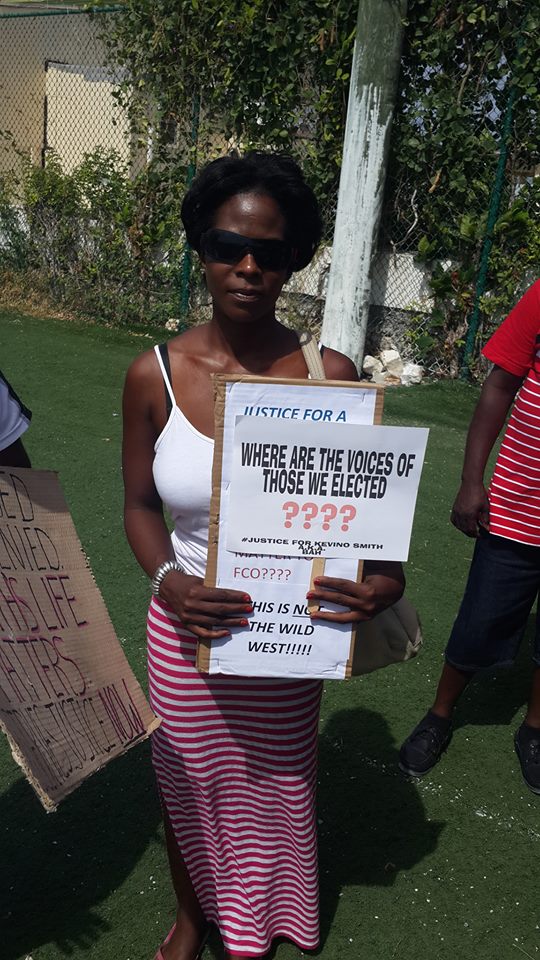 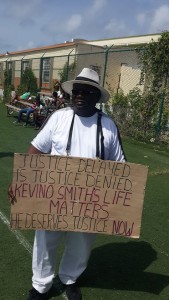 Providenciales, 16 Jun 2015 – Tired of waiting and feeling forgotten, a group of protesters congregated peacefully at the Queen’s Birthday Honors Parade yesterday in Grand Turk; a parade where the Governor is host and virtually the entire police force is on site. With placards expressing their disappointment in the lack of information coming and apparent dormant state of the investigation into the disappearance of their loved one, Kevino Smith, some in the Capital used the opportunity to quietly demand answers. The photos floated around on social media yesterday and asked the Governor to get involved in the case… asked the Governor who is policing the police and stated flatly that justice delayed is justice denied.

Smith, who was reported missing since March 4, 2015 has been unseen since then… and it has been exactly two months since the discovery of human remains in the Breezy Brae area of Grand Turk. There has been no identity of those remains; there has been no update to the general public on the case and despite ACP Rodney Adams flashing assurances that now that he is on the case, it would be handled more expertly… the police appear to be lost and are silent, and obviously too silent for family and friends to bear any longer. It had been promised at the time during a press conference following the discovery of those remains, that special forensics work would be done and that those suspected of harming Kevino would be monitored. Supporters with their placards reminded that justice is not just for the rich and that Kevino Smith matters and deserves justice.