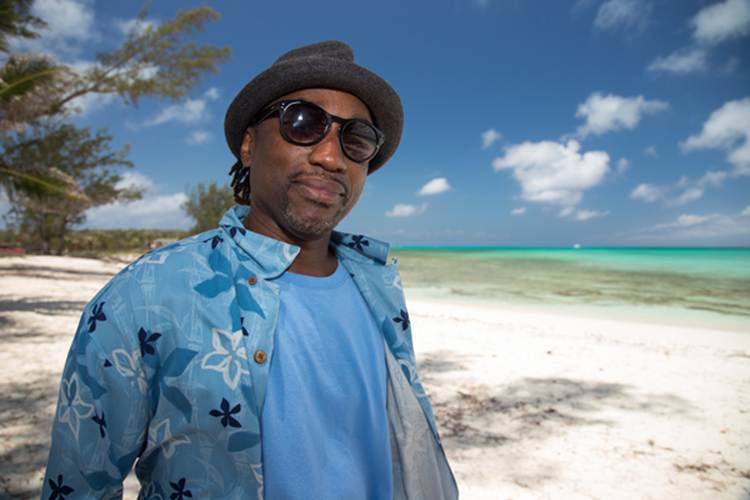 Nassau, 07 Mar 2016 – Kirkland ‘KB’ Bodie, the musical artist who delivers tough messages to catchy rhythm and rhyme, released his latest Youtube salvo yesterday, taking aim at the government for threatening to replace important land use legislation with a weaker act that he fears fails to protect land or life.
The song ‘Das What Real Bahamians Do’, written, performed and produced by ‘KB’, is the latest in a litany of the musician’s lyrics for the environmental movement Save The Bays and like the others, it puts the conscience of a country on notice.
“Past songs like ‘Hold dey feet to da fire’ were important because they set the tone, making the point that people need to ask for and demand accountability,” said KB. “But today’s release dealing with the Planning and Subdivision Act was far more challenging. How do you make land use rights and responsibilities sexy? How do make the need for an environmental impact assessment for all developments something people relate to, make it fun, and translate the importance of the right to public consultation into a language that makes people care?”
The Act has been a priority issue for Save The Bays, the grass roots environmental organization that has nearly 20,000 followers and friends on Facebook. Environmental attorney and consultant Romi Ferreira, a director of Save The Bays, has been spreading the message of the need to keep the 2010 legislation, speaking to Rotary and other civic organisations, appearing on radio talk shows, at public forums and in paid ‘Say No to PSA’ radio and print ads.
“This bill, the 2015 Planning and Subdivision Act that would replace the 2010 Act that we all fought so hard for and was agreed upon, an Act that was passed unanimously, takes away the rights of Bahamians,” said Ferreira. “It takes away the right to be consulted. It is the legitimate expectation of a community to be consulted, to express its opinions and concerns and for those opinions and concerns to be considered before a decision is rendered that will alter that community’s future.”
Under the proposed legislation, basic rights of public consultation would vanish and the decision to require an environmental impact assessment would be in the hands of a Cabinet Minister for developments of more than 100 lots despite The Bahamas having signed on to a global agreement to the contrary. The 100-lot scenario, says Ferreira, would only encourage developers to build in phases, 99 lots at a time.
While Ferreira looks at the proposed legislation through the eyes of a senior lawyer who has taken environmental and public consultation cases all the way to the Privy Council in London, KB is hoping to get the message across in a way that touches a nerve with a beat that people can’t get out of their heads.
“I don’ get it,” sings KB. “I don’t understand, why the government does give away our land…Y’all voted yes on the PSA, now ‘dat y’all in power, you wanna’ take it way…You shouldn’t change the rules when they don’t suit you, you shouldn’t change the law just for the few.”
Save The Bays, which sponsors the music with a message and the production of videos appealing to tens of thousands of viewers, has picked up the pace for public online involvement of the environmental movement while partnering with several organisations that have long track records in environmental resource management. A petition to keep the 2010 Planning and Subdivision Act is on its website at www.savethebays.bs and a separate petition calling for Freedom of Information legislation and an environmental protection act along with other measures has already attracted nearly 7,000 signatures.