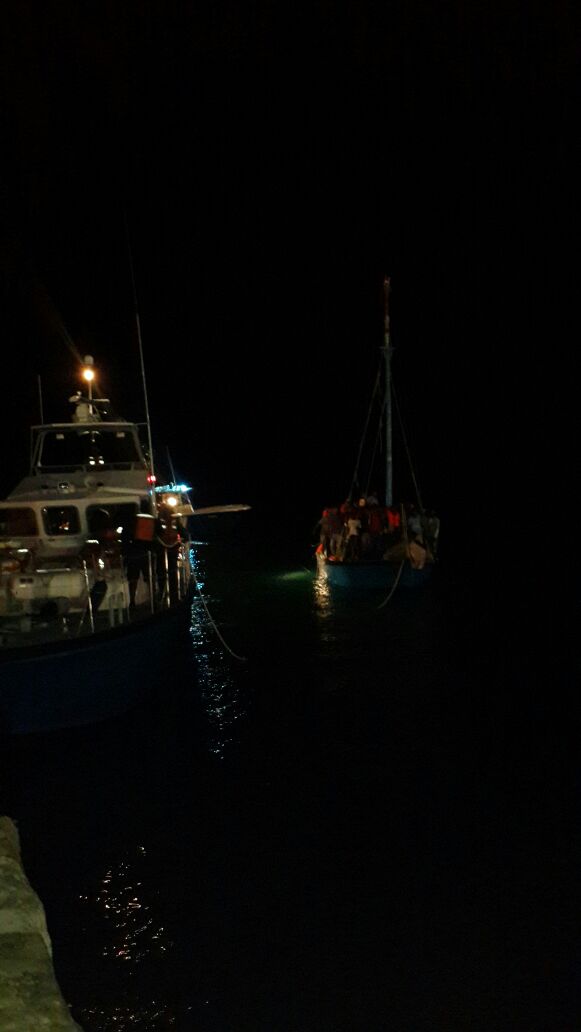 Providenciales, 21 May 2015 – One week after the nation learned that Haiti refused conditions laid out by TCIG for a Memorandum of Understanding, there was another sloop intercepted early Monday. This latest group, spotted by the Coastal Radar will cost the TCI nearly $60,000 as there were 142 Haitians aboard the vessel. There were 79 males, 61 females and two children who landed at South Dock around 4:11am. There was an attempt at an escape by jumping into the water by some of the Haitians once the boat was brought in by the Police Marine Division, but that too was foiled according to authorities.

Minister of Border Control and Employment, Hon Donhue Gardiner responded to an Opposition question in the House of Assembly, revealing that the Turks and Caicos is not prepared to sign what he called a ‘bad agreement’ with Haiti, so the finalization of a Memorandum of Understanding which has been touted as coming for the past three years, remains unsigned by the two countries.