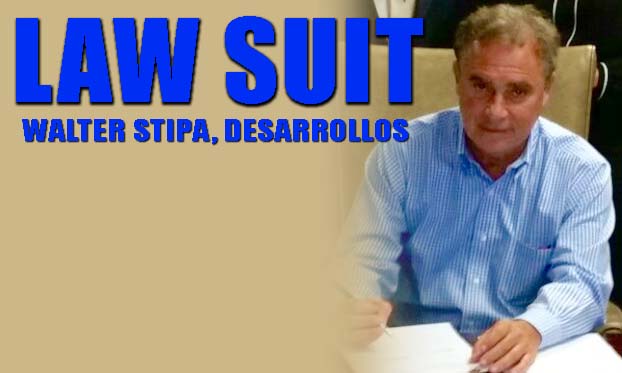 Providenciales, 15 Apr 2015 – The Department of Justice in the United States today confirmed that it is not investigating Walter Stipa, President and CEO of the Desarrollos Hotel Group but said they are aware of the civil case against Stipa and others for a $15 million dollar payment allegedly made to them by a confessed Ponzi schemer. The law suit is filed in a Connecticut Court and outlines that a transaction of $15 million was made with nothing apparently given in return. Stipa was in Providenciales in early April to sign an agreement with Government to begin construction in November on the Ritz Carlton resort hotel on Grace Bay. Government is still silent on whether or not that agreement is in peril.