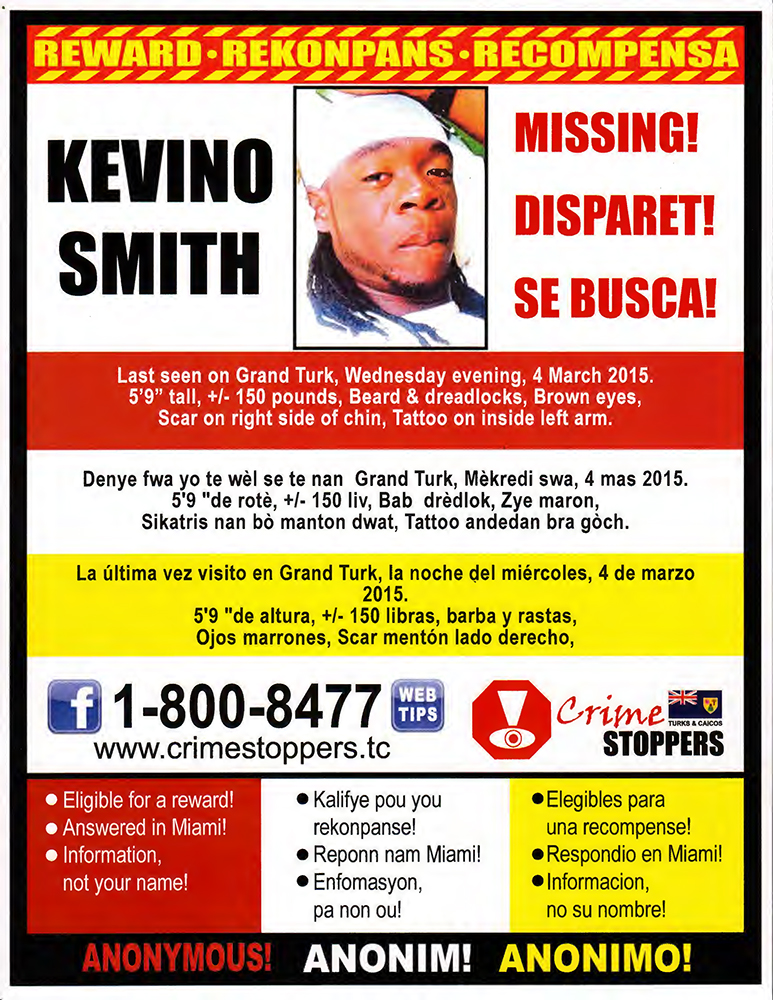 Providenciales, 15 Apr 2015 – A Crime Stoppers Reward is being offered for information which could lead to finding 25 year old Kevino Smith of Grand Turk. The young man was last seen on the evening of March 4th; that means he has been missing six weeks now. Family, friends, Parliamentarians and Police have all made appeals in this case, where several searches have also taken place. Interviews and those searches, even outside of Grand Turk, where young Smith was last seen have all, so far, been dead ends.