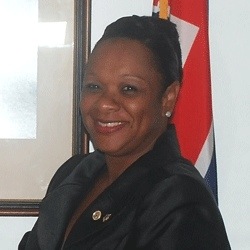 Providenciales, 16 Apr 2015 – The Premier is being asked why he has not yet addressed the matter involving a striking law suit against Walter Stipa and others of the Desarrollos Hotel Group; the company which recently signed a hotel agreement with TCIG. In a media statement yesterday, the Opposition Party leader points out that it has been nearly a week since the story broke with no word from Government. The PDM says: “We believe that there is sufficient cause for the Government to address the fears and confusion that rests with the people of these Islands. We are therefore calling on the Government to address its people on this important issue.” The PDM, like others are questioning whether due diligence was done with the investor which is expected to begin construction of a Ritz Carlton branded resort in November.

While the Department of Justice yesterday confirmed it is not investigating Walter Stipa and Desarrollos directly, it did confirm that a confessed $300 million dollar Ponzi Schemer is suing the group for $15 million dollars it says it gave to them, without having anything given in return. Hon Sharlene Robinson said this news surrounding Stipa and Desarrollos has unsettled the masses: “The signing of this deal and this Government’s multiple announcements over the past years gave comfort …. that due diligence was done and that the Rufus Ewing led PNP Administration was satisfied with the Report. This project has given the country great pause to expect the anticipation of much needed investment…” Only the Governor’s Office has replied, saying that TCIG’s Press Office will issue a statement; that was since Monday.