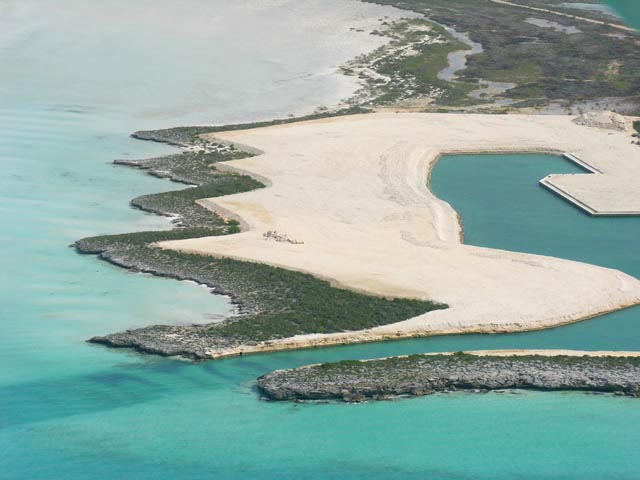 Providenciales, 07 Apr 2015 – Government signed some major documents just before the Easter holidays which bring two resort developments earmarked for Provo closer to fruition. Premier Rufus Ewing said this new concept in long stay ushers in a new era for the TCI. “This European Plan style hotel development provides a welcome diversification to the TCI tourism sector as it is more of a traditional hotel, rather than the previously prevalent condominium model in the TCI.” As for what we get on the Grace Bay strip with this new property: 124 luxury hotel guest rooms, penthouses, resort residences and associated facilities. The new resort will be managed by the Ritz Carlton Hotels Company L.L.C., an international luxury hotel brand operating 84 hotels and resorts in 26 countries; the contract put at $224 million dollars.

The other signing was a Memorandum of Understanding with the Cooper Jack Development Limited to build a $220 million dollar hotel, spa and residences. Again the Premier noted how this project takes tourism to a new realm and a new part of Provo. Cooper Jack Development will be in the Cooper Jack area with a 281-bedroom resort consisting of a five-star stand-alone hotel of 100 bedrooms and suites, 76 condominium units and 3 luxury villas. The total project site area is 20.92 acres. Finance Minister Washington Misick and Acting Governor Anya Williams were a part of the signing; Minister Misick said, “This is an exciting time in the TCI and we welcome this new development”. The Desarrollos Hotel Group group begins construction on the Ritz Carlton in November; that work is expected to run three years. While Cooper Jack Development start date is more vague; government only saying within the third quarter of 2015 and lasting approximately 2 years.