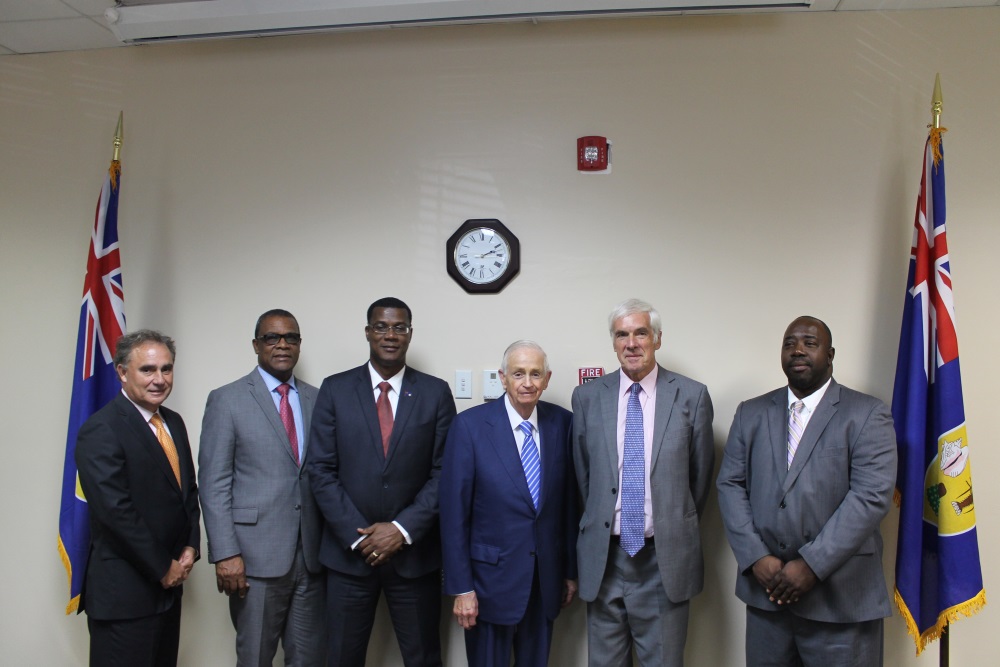 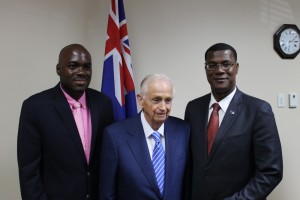 Providenciales, 29 Jun 2015 – A lunch meeting held recently welcomed hospitality icon and namesake of the J.W. Marriott brand; J. W. Marriott Jr. who not only offered reassurances about his hotel brand but advice on how to establish and keep a successful operation going. It was a vote of confidence obviously being shown by the Marriott Family in the developers of the property to come for Provo; Desarollos Hotelco and Walter Stipa, its President& CEO which had a few months ago been named in a civil law suit; one which TCIG believes will not impact the development. The session, which was held at the Office of the Premier in Providenciales, gave developers an opportunity to introduce to the Turks and Caicos Islands Government to the brand values of Marriott International Inc. and the Ritz-Carlton Hotel Company.

It was shared that Mr. Marriott offered success stories of his global lodging company which carries 19 brands across 4,200 properties in 80 countries and territories with 365,000 employees world-wide. Marriott said they credit the success largely to the people whom they employ, “If you invest in your people and treat them right, they will treat your guests right.” There were a lot of dignitaries at the meeting, with an introduction by the Governor Peter Beckingham and attendance by TCI Government Ministers including Premier Rufus Ewing, Deputy Premier Akierra Missick, Tourism Minister Porsha Smith, Finance Minister Washington Misick, Attorney General Rhondalee Knowles and Government Support Services Minister, George Lightbourne. Joining Mr. Marriott from the Caribbean and Latin American arm of Marriott International Inc. were the President, Tim Sheldon; Brenda Durham who is the Regional General Counsel and Catherine Leitner, Area Director of Public Relations for both the Ritz-Carlton Hotel Company and Marriott International Inc.

Construction of the $224 million dollar European plan style Ritz-Carlton Hotel Resort, Casino and Spa in Provo will begin in November.