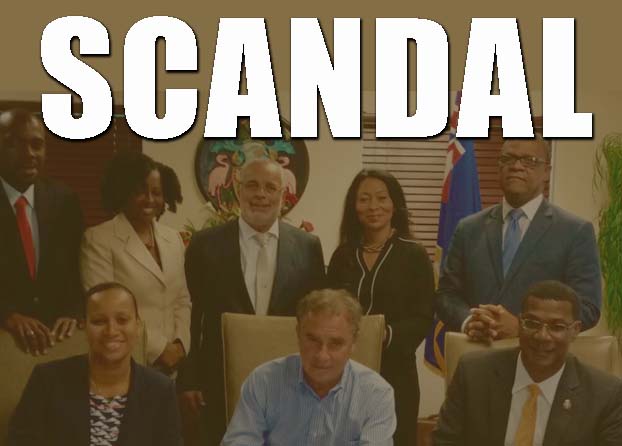 Providenciales, 13 Apr 2015 – Seems a four year investigation by the SEC of the United States has come to public attention, and only now are we learning that the company which had for years been courting the Turks and Caicos Islands Government to build a new hotel in Grace Bay has a scandal surrounding some of its executive moves.
This scandal seriously threatens the construction of the Ritz Carlton which was recently announced as poised for construction start in November this year; a $224 million agreement.

Online reports are revealing that the Desarrollos Hotelco is embroiled in a court case where it is alleged the company received $15 million dollars from a company which has confessed to a Connecticut court, its orchestration of a $300 million Ponzi scheme.

This is nasty business once again for the Turks and Caicos as the country is falling in less than favorable light for missing the allegations which reached the courts in the US since June last year.
It was the Governor’s Office which in October 2012, before a new elected government came to office, gave credence to the interests of the Desarrollos Group.

At the time, the report was headlined that three hotel agreements valued at $500 million dollars were signed by then Governor, Damian Ric Todd.

We learned then that the Desarrollos Hotelco first visited the TCI in March 2011 and that the company worked with the Investment Unit and Horton Realty to acquire 10.5 acres of land.

The Venezuelan company reportedly had meetings with the Planning Department, the Airports Authority and hired KPMG TCI as consultants on the development which was originally proposing three hotels all together; at the time the brand being touted was Marriott.

In October 2012, Governor Ric Todd remarked: “This is the best possible vindication of the new Turks and Caicos Inward Investment Policy, management structure and approach to attracting inward investment on the best terms for the taxpayers of the Turks and Caicos. This confirms that major international investors are impressed by the reforms that we have made over the past three years…”

The irony of these remarks plays out regrettably in many of the reports surfacing online now; residents reaching out to Magnetic Media about this erupting scandal want to know how the UK appointed and TCI elected governments both missed the allegations of corruption and what these reports mean, if anything, to the recently signed agreement.

We have reached out to both the Office of the Premier and the Governor’s Office on this matter; up to news production time, there was no response.

The court document, which is available online and which we reviewed, says: “…payments from the Receivership Entities directly to entities controlled by Walter Stipa for the benefit of Romeo Mouawad, Miguel Mouawad, and Jespa Mouawad” – all are named as owners in the Desarrollos Group of companies – it continues: “These funds must be returned to the Receiver for distribution to the defrauded victims of Connecticut’s largest Ponzi scheme.”