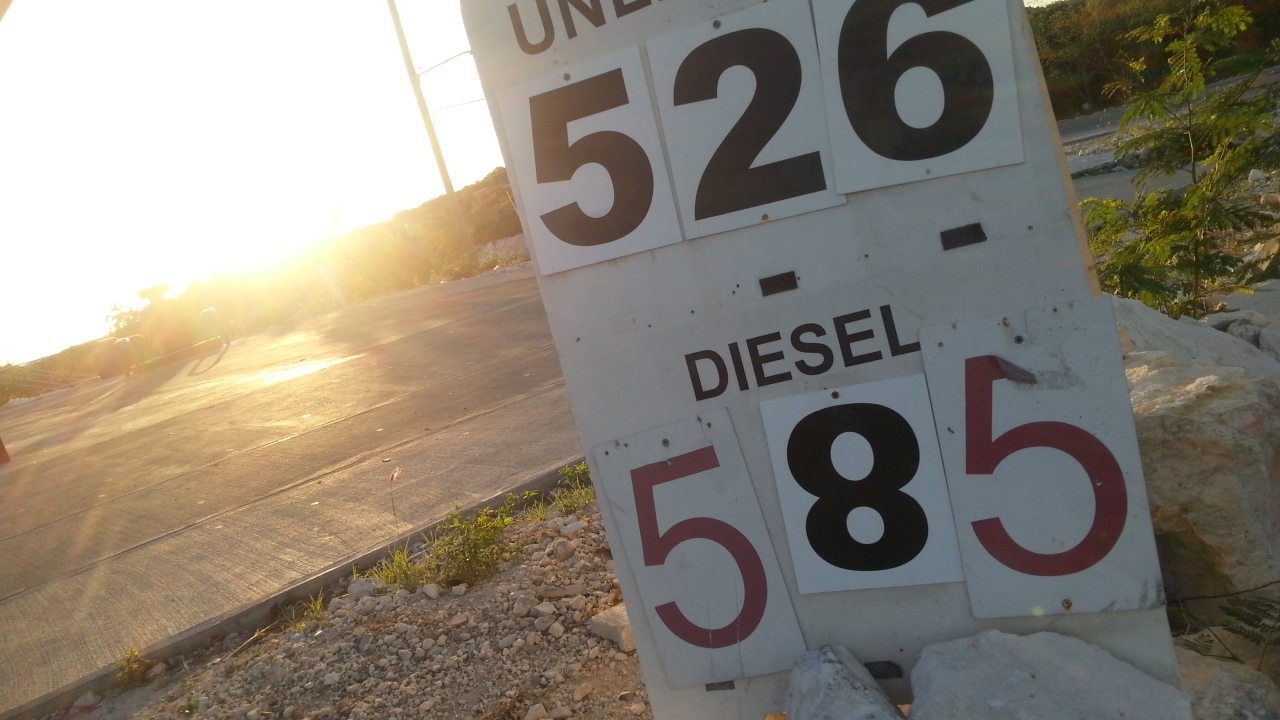 Providenciales, 08 Apr 2015 – Price Control is coming for the Turks and Caicos when it comes to better managing the cost of fuel; this was revealed in the House of Assembly by the Minister responsible, Hon Amanda Misick.
“Also Mr. Speaker we are looking at implementing price control, quality control as well as safety and environmental controls in the petroleum product sector. This primary focus is to ensure fair and equitable fuel prices but also to give customers the assurance and confidence of the quality of fuel that they purchase.”

During her contribution to the Budget Debate last month Minister Misick explained that the Electricity and Utilities Commissioner is complete his study of the sluggish price changes on the cost of fuel within the industry locally when compared to those abroad. Those findings have been touted as complete for two months now, and have not yet been revealed to the public. Also coming, solar powered street lights for Grand Turk as a pilot project; an overhaul at the NJS Francis Building to improve energy efficiency, regulations for electricians in the country “…this bill, Mr. Speaker, will ensure for the first time in the TCI, a level playing field for electricians who will no longer be deprived of bidding on projects because of licensing mechanisms…” and changes in policies as the TCI has a draft legislative framework already prepared to impact electricity specifically. Minister Misick said the Administration remains committed to the Carbon War Room pact signed in the BVI; it is a commitment to reduce dependency on Fossil Fuels.

It was explained that the EUD or Electricity & Utilities Department is working to enhance public awareness and recently launched a Facebook page; the public is slow to respond though, the Department has so far only managed to get 11 likes. Admittedly there is not much content on that Facebook page as yet, but it is one way the Department is moving to enhance interaction. You should go on over and express yourself on energy concerns. Look for TCIG Energy & Utilities Department on Facebook.