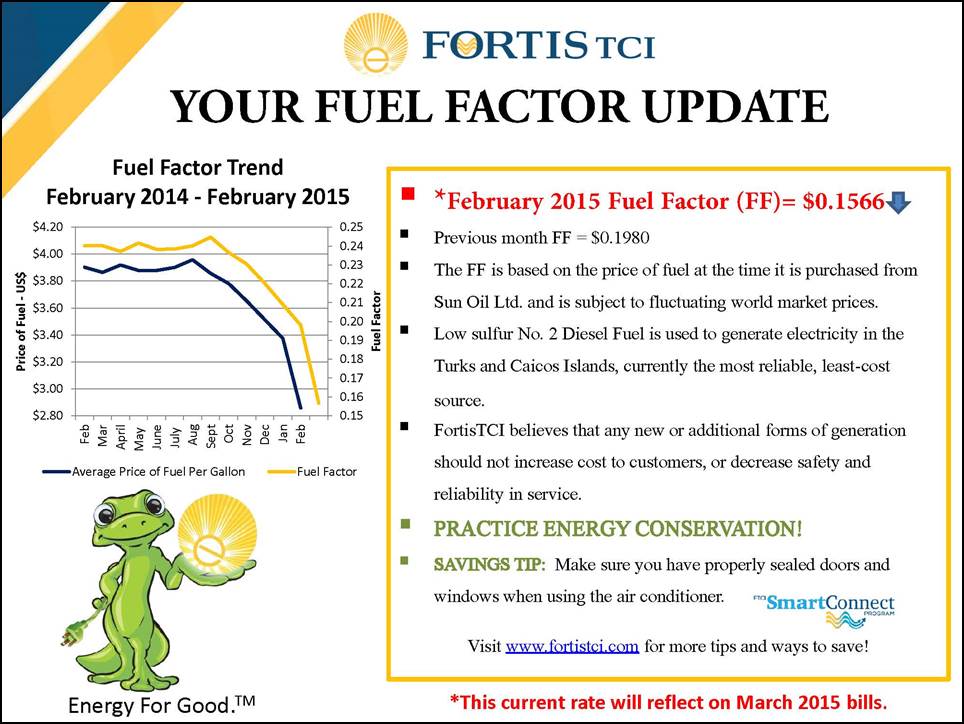 Providenciales, 26 Mar 2015 – The fuel factor rate has dropped again this month; FortisTCI reporting that it is the sixth consecutive month that the rate has shown a decrease. CEO Eddinton Powell agrees that, “the lower fuel factor, as a result of what is happening in the world market, is good for our customers who are seeing much-needed relief on their electricity bills.”

A week after the nation learned from the Cabinet that Energy & Utilities Commissioner, Malike Cummings has completed his review of fuel costs in the country, Powell explains that “FortisTCI will continue to explore infrastructure development that would streamline and simplify our fuel supply chain which would reduce, on a long term basis, the cost of electricity to our customers.” During the opening of the Salt Cay power plant, Powell announced that FortisTCI had signed a contract to investigate the viability of its own fuel offloading rig.