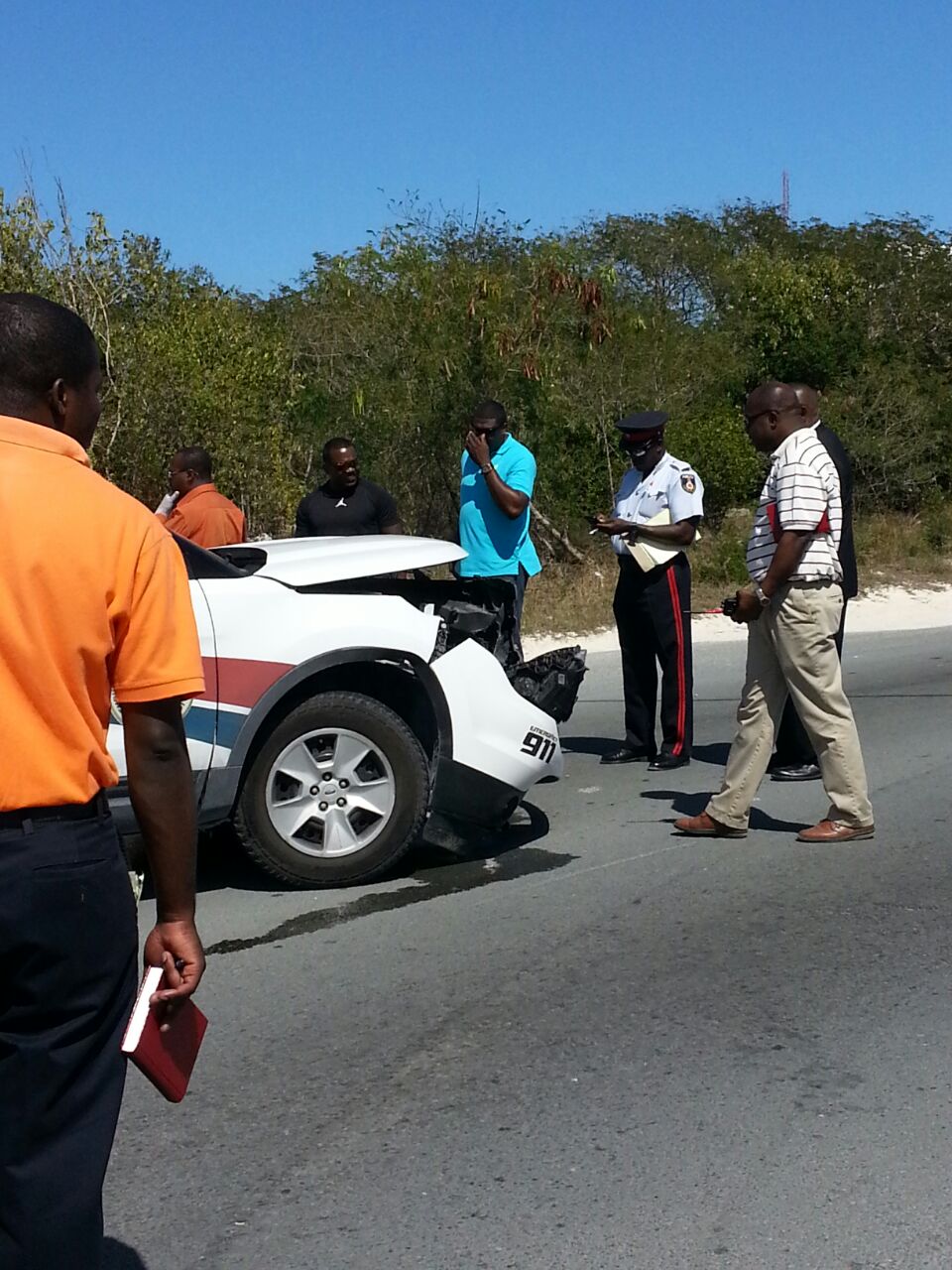 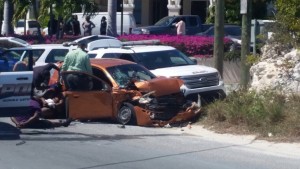 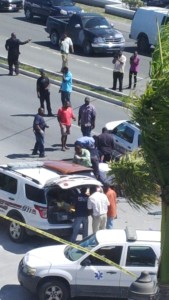 Providenciales, 12 Mar 2015 – The reaction to a police chase today coming to Magnetic Media is ‘kudos’ to officers for spotting danger and possibly nabbing the so called ‘bad guys’… two suspects in hospital now after police pursuit of a rental car turned into a dangerous high speed chase from Northwest Point, Providenciales and ending just in front of Central Square on Leeward Highway. The four car collision created a near two hour traffic jam during school drive time; where damage was clearly visible and captured by civilians on cell phones; these images are now all over social media.

Press Officer for the Police Audley Astwood confirmed the general information of the chase; but could offer no details at the time of a media interview as information was still scant. While there were two hurt, one appeared to be arrested on site, no policemen were injured but two of the new police patrol jeeps were wrecked; one badly. One passerby shared that it has become a trend to rent cars to commit crime. It is believed the police were chasing an armed robbery suspect.