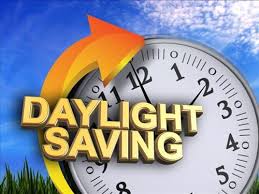 Providenciales, 05 Mar 2015 – One of the Caribbean’s top tourist destinations is set to give its residents and visitors an extra hour of sunshine each and every day of the year, it was announced today, Tuesday, 3 March 2015.

When the Turks & Caicos Islands (TCI) moves its clocks forward on hour on Sunday, 8 March 2015, it will be for the last time – from then on the territory will observe Atlantic Standard Time (AST) rather than Eastern Standard Time (EST).

Given its proximity to the equator, TCI’s days tend to be of a similar length all year round, but when the Islands have traditionally moved to EST in November, it gets dark at about 5pm in the Islands. Now everyone will be able to enjoy the TCI’s warm sunshine until well after 6pm during the winter.

“This move will provide our visitor and residents with an extra hour of sunshine during our winter months, our peak tourist season,” said the Honourable Ricardo Donhue Gardiner, Minster for Border Control and Employment. ”This will be good news for our resorts, bars and restaurants, as well as allowing our residents to enjoy a little more sunshine at the end of their day.

The decision was made to move permanently to AST in 2014, but only implemented now to allow proper notification of the relevant international authorities, including airlines and shipping companies.

TCI was previously in the same time zone – EST – and follows the same Daylight Savings Time schedule as most of eastern United States and Canada. Clocks are set one hour forward on the second Sunday in March and turned back one hour on the first Sunday in November. From 8 March 2015 TCI will be on AST all year round, making it one hour ahead of cities like New York and Toronto when the US and Canada who will continue to observe the move to EST each fall.