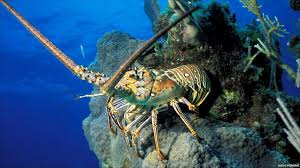 Providenciales, 16 Mar 2015 – Lobster season remains open; confirmed late last night by the Office of the Premier that the season did not close yesterday but will continue until end of the month. Lots of talk and questions over the weekend about whether or not there was truth to reports that the season would not close on March 15th as announced a few weeks ago… Magnetic Media was informed that concerns of fishermen about bad weather influenced the decision to keep the regular close out date of March 31st. Again, lobster season remains open which means it is still legal to harvest, to stock, to sell, to export, to eat and to serve the sought after crustacean on menus and in home kitchens.