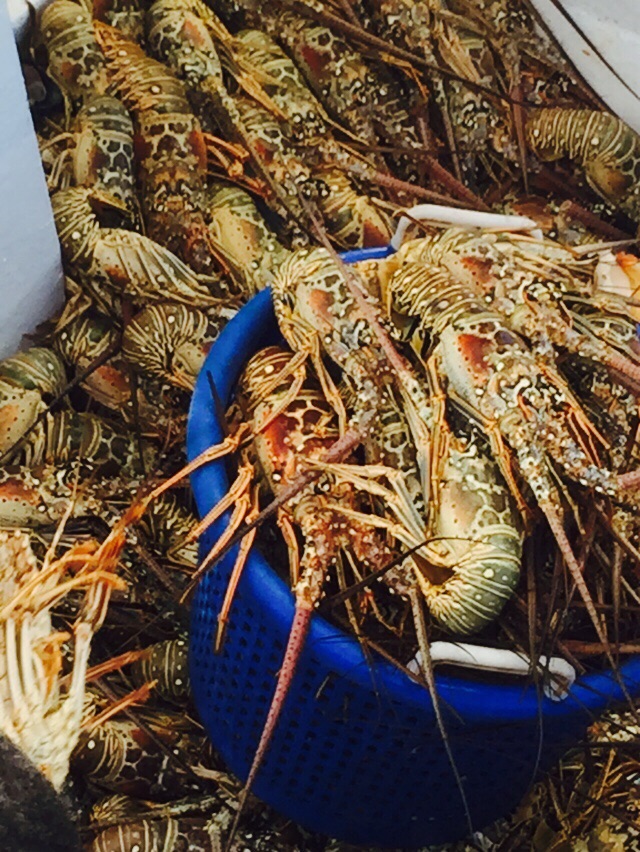 Providenciales, 17 Aug 2015 – It was a record opening day for the Lobster Season in the country, signaling that years of protective measures which included shifting the season opening and closing dates have worked. Minister responsible, Hon Porsha Smith boasted on the buoyant season with day one hauls in Providenciales more than doubling last year’s reported intake. Magnetic Media reported 9,000 pounds in 2014 for Provo; this year Providenciales fishermen netted 21,150lbs. South Caicos too was very, very impressive topping Provo’s catch with 34,843 pounds of spiny lobster brought in on day one alone. The Minister during a statement in the House of Assembly this morning reported that cumulatively, 55,993lbs of the crustacean was captured in TCI waters – she gave congratulations to the fishermen. It is reported that the fisheries export industry featuring mainly conch and lobster generates at least $1.3 million per year.