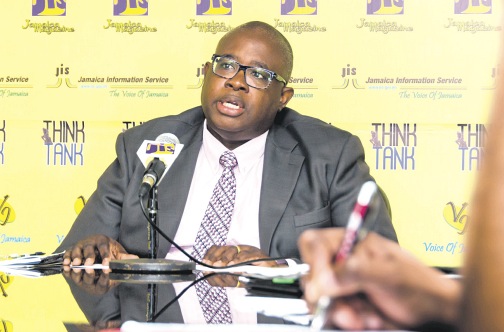 KINGSTON, Feb. 2 (JIS): The Jamaica Anti-Doping Commission (JADCO) has indicated plans to introduce anti-doping to students via the school curriculum, as it places emphasis on preventative education as part of its focus areas.

Executive Director of JADCO, Carey Brown, said “the idea is to train [junior athletes] early, so that instead of them wanting to try a prohibited substance or method, they will know the ills of doing this and so it will prevent them from even being tempted.”

The Executive Director was speaking at a JIS ‘Think Tank’, held last Friday (January 30), at the agency’s head office.

He said JADCO will be working with the relevant agencies to develop the curriculum to be taught in schools as early as the primary level.

On the issue of minors violating anti-doping regulations, the JADCO head reminded that the sanctions remain the same as that of senior athletes and therefore stressed the importance of compliant support personnel.

“If a minor turns up with an adverse analytical finding it is incumbent on us to investigate that case. There is again the great emphasis on athlete support personnel, because a lot of times the minors are not in a position to get hold of these banned substances, it has to be someone administering it to them,” he said.
The 2015 World Anti-Doping Agency (WADA) code stipulates that if an athlete is found in violation of anti-doping rules, he can be sanctioned for up to four years. Previously, athletes were sanctioned for up to two years.
Mr. Brown pointed out that when JADCO does begin testing junior athletes they will be fully protected as the athlete’s adult representative will always be present during the process.

“The minors will have their representative when they go into the doping control station and when they are passing their samples. The minors can opt to have the representative watching the doping control officer or the minors can opt to have the representative come around and watch the process. Also, when we do start out of competition testing for minors, the best practice which we are going to engage is to have an adult at the home. The key factor is always to have an adult present,” he informed.