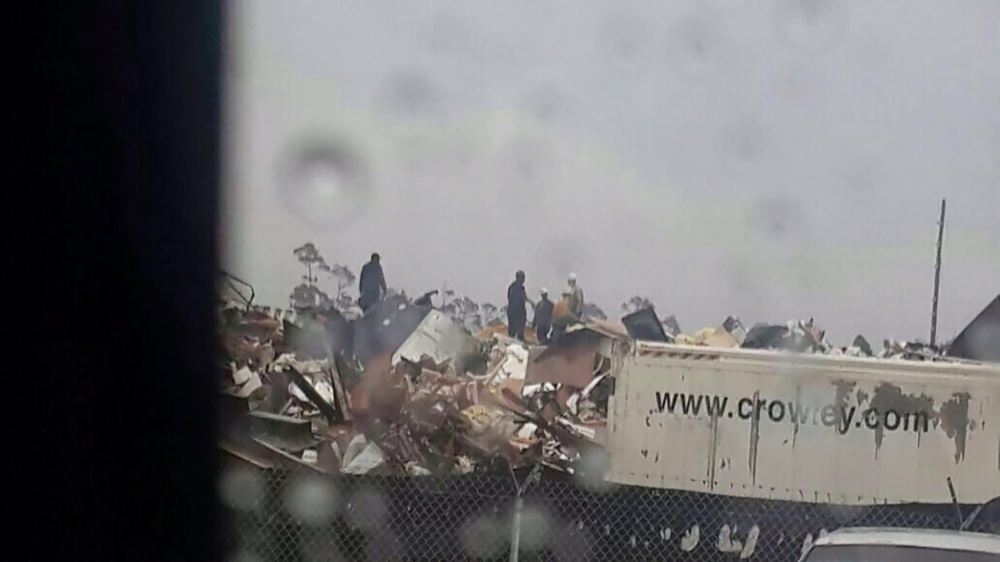 Providenciales, 15 Feb 2015 – Pilot error is what caused Dr. Myles Munroe plane to crash in Freeport in November. A report released yesterday reveals that the two-pilot crew made a maneuver without having full and clear view of the runway in Grand Bahama and that caused a 3-second mid-air explosion which led to the deaths of all on board. The Learjet the men were piloting with Dr. Munroe, his wife Ruth, a young family of three, a bi-lingual American minister, and his brother-in-law and Senior Vice President of Bahamas Faith Ministries: Dr. Richard Pinder on board was driven right into a crane on the dark stormy afternoon.

The final report issued by the Bahamas Civil Aviation Authority said: The right outboard wing, right landing gear and right wing fuel tank separated from the aircraft on impact. This resulted in the aircraft travelling out of control, some 1,578 feet (526 yards), before crashing inverted into a pile of garbage and other debris in the City Services Garbage and Metal Recycling Plant adjacent to the Grand Bahama Shipyard. Both crew members and seven passengers were fatally injured. No persons on the ground were injured.” The report comes three and a half months after the crash. The Aircraft Accident Investigation and Prevention Unit or AAIPU has determined that the probable cause of this accident was, and I quote: The poor decision making of the crew in initiating and continuing a descent in IMC below the authorized altitude, without visual contact with the runway environment.