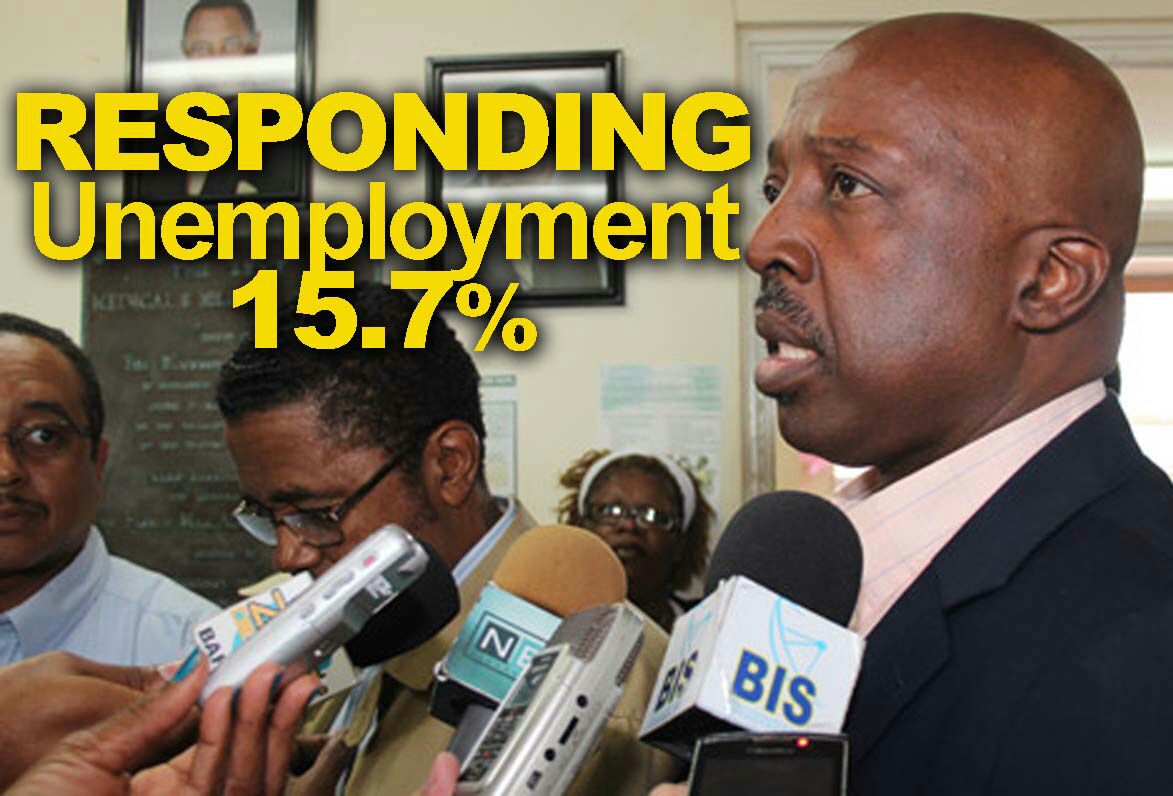 The Ministry of Labour takes note of but is not surprised by the latest preliminary unemployment report released by the Department of Statistics indicating that the unemployment rate nationally is 15.7%.

The government of The Bahamas has been hard at work on behalf of the Bahamian people in securing a brighter future. We have said repeatedly that we were engaged in the necessary preparatory work or heavy lifting and putting all of the necessary pieces in place to ensure a full economic recovery.

The government is confident that the economy of The Bahamas is turning the corner and 2015 will be a banner year economically. The opening of multi-billion dollar Baha Mar resort is projected to create some 5,000 direct jobs. The opening of Mahogany, a refurbished Holiday Inn and Quality Inn, the refurbishment of the Hilton, the construction of a new Hotel, marine village and boardwalk on Bay Street and other project announcements foreshadowed by the Prime Minister promise will no doubt add to the country’s economic stimulus, creating many more jobs and entrepreneurial opportunities for Bahamians.

During his major trade mission to China, the Prime Minister has met with both the government leadership and leaders in the business community both in Beijing and Shangai. The Bahamas has inked a reciprocal air services agreement between the civil aviation authorities of both countries to facilitate increased airlift to bolster our tourism industry. Additionally, both the tourism and the financial services sectors are expected to strengthen further with The Bahamas becoming a hub for the trading of the Chinese rmb Yuan. Further, Prime Minister Perry G. Christie is in Shangai today along with Baha Mar Chairman Sarkis Izmirlian and other senior executives to meet with major hotel and airline operators with a view to attracting significant business to The Bahamas.

The Prime Minister is on record during his New Years interview that his government will make a “substantially strong impact on unemployment” in 2015, pointing out that his government has approved several projects that will result in increased employment and investment opportunities for Bahamians.

“You’re going to find more and more jobs created and there will be construction jobs and there will be completion jobs” said the Prime Minister so Bahamians are encouraged to do their part and avail themselves of all job training opportunities through the National Training Agency and other private agencies as we build on the more than 8,800 jobs created over the last 30 months.

Job and entrepreneurial opportunities are about to come available shortly in large numbers and Bahamians everywhere must be positioned to take full advantage of these opportunities as we prepare our country for long term growth and prosperity.