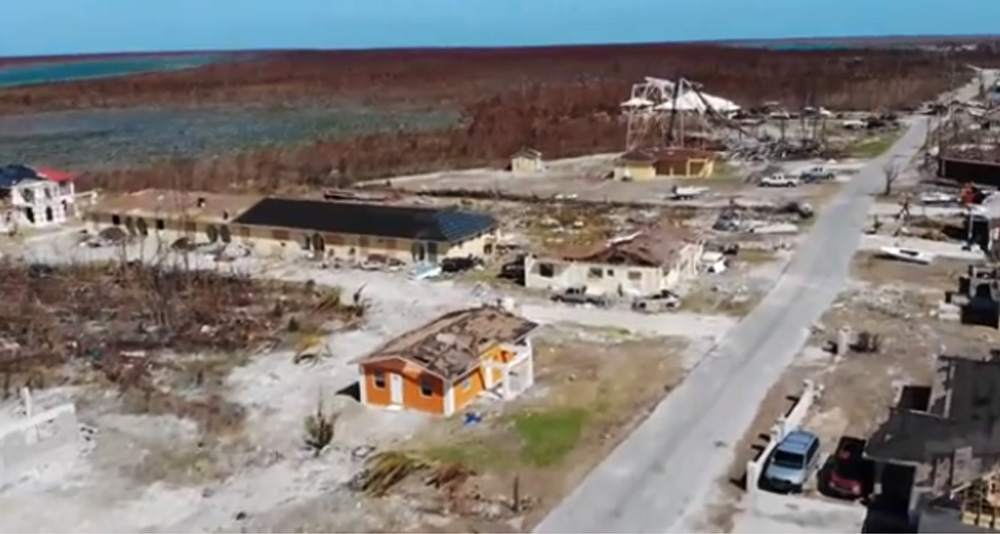 #Grand Bahama Island, The Bahamas, October 14, 2019 — One of the oldest cultural events in The Bahamas, this year, did not happen; the annual Conch Cracking Competition in McClean’s Town experienced a tragic but necessary interruption; the 2019 staging of the event is yet another casualty of catastrophic Hurricane Dorian.

The storm which hit Grand Bahama on September 2, is clearly not over.  The annual highlight in the eastern settlement of hurricane surge-swamped Grand Bahama Island is an economic booster, which has given the community distinction since 1972.

The competition was started in the fishing village by a teacher from England, Jeffrey Morgan, as a way to raise money for the school; it has grown to become the only competition of its kind in the Caribbean region, perhaps even the world.

An over 45-year tradition heartbreakingly halted and revealing the depth and width of the impact, even weeks later, of the most horrific hurricane in modern Bahamian history.

BahamasGeoTourism.com describes the McClean’s Town Conch Cracking this way:  This annual homecoming event began in 1972 and attracts both domestic and international visitors, who enthusiastically vie for the coveted and authentically Bahamian designed conch trophy, awarded to the best Conch Cracker in the country. Contestants compete to see who can most swiftly extract [and clean the meat from] a given number of conchs. There is a competition for men, for women, for locals, and for visitors!”

It is true; there is no bigger galvanizing event in the East of Grand Bahama and tourism officials, to whom Magnetic Media spoke said the task of upholding the tradition this year was of mammoth proportions; there was simply too much to overcome in the aftermath of hurricane Dorian.

It is still untold how many died in east Grand Bahama and property damage losses, when tallied, are expected to be in the millions.

Drone video by Live Storms reveal that McClean’s Town, a cozy settlement sitting on a picturesque peninsula was smashed by the storm.  Roofs gone, buildings bulldozed by the surge waters, others gutted and raided, vehicles turned wrong side up and forced into the ocean and there is debris.

Eastern Grand Bahama, with its ecological richness, is also where there was an oil spill.

Hundreds of residents and tourists would have now been preparing to take the hour-long drive back into Freeport after having watched or competed in the hammering open of conch shells to draw out the conch mollusk (conch cracking), or enjoyed the East’s signature coconut cocktail: Gully Wash or having dined on fresh seafood, including savory cracked lobster – for which east Grand Bahamian home chefs are acclaimed.

But this will all have to wait – we pray – for 2020, when the McClean’s Town Conch Cracking and the resilient people of the community can reveal a glorious bounce-back.