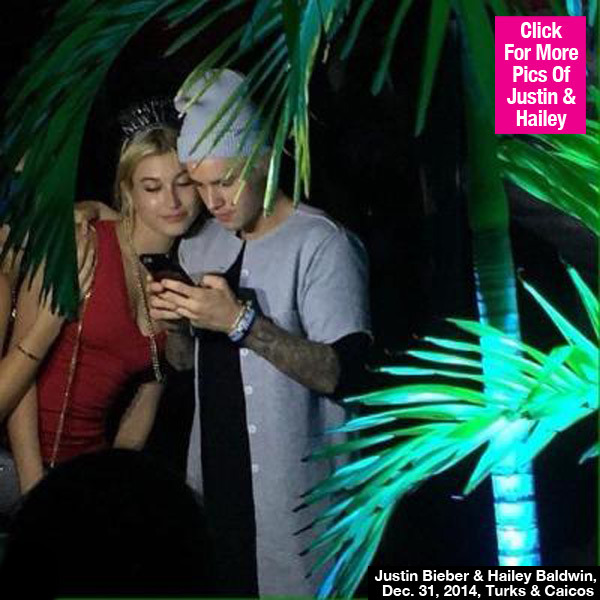 Providenciales, 02 Jan 2015 – Online reports say that Justin Bieber rang in the New Year in the Turks and Caicos. While there is speculation on who his lady friend might be, there appears to be more certainty on the fact that he is indeed in the TCI. Hailey Baldwin is reported as the blonde beauty with whom Bieber, the Grammy Award winning recording artist from Canada is jet skiing with in published photos.

The Inquisitr.com says: “Social media posts reveal the singer and model, daughter of actor Stephen Baldwin, have been joined on their island break by pal, videographer Alfredo Flores, Hailey’s sister Alaia, engineer Josh Gudwin, producer Julian Swirsky and the Biebs’ mom, Pattie Mallette. The presence of Gudwin and Swirsky suggests the “Confident” star will spend some of his time working, most likely on his new album which arrives in 2015.”