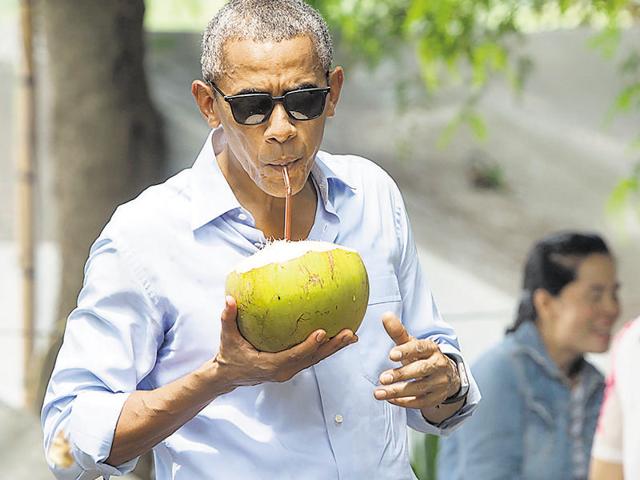 Turks and Caicos, July 25, 2017 – Providenciales – On a well-deserved vacation since leaving the White House in January, Former President of The United States, Barack Obama was today confirmed to be on the Turks and Caicos islands.

The Obama family has been touring the world since Barack’s departure from office and have so far, visited some of the most exotic destinations around the world. Today’s confirmation marks the second time, since January, that the Obamas have visited the Caribbean- the first being a visit to British Entrepreneur Richard Branson’s private Necker Island located in the British Virgin Islands. Picturings of Obama kite-surfing for the first time went viral on social media.

Previous stops on the Obama Family extended world tour included Palm Springs in the US, The exclusive Brando Resort located on the French Polynesia, and a six-day vacation in Tuscany, Italy. Just last month, the family was also spotted in Bali, Indonesia where they visited the Tirta Empul temple, went rafting on the Ayung River and visited the Prambanan Temple in Yogyakarta, a city on the island of Java where Obama’s mother, Ann Dunham, worked for years. They also spent time in the city of Jakarta, Indonesia, where Obama Barack lived for a few years as a child.

Obama has kept true to a promise he made in 2015, the last time he visited the TCI, that once he was out of office he would go “Caribbean island hopping”, which would include a visit to Turks and Caicos.